How Barcelona could line up aginst Malaga 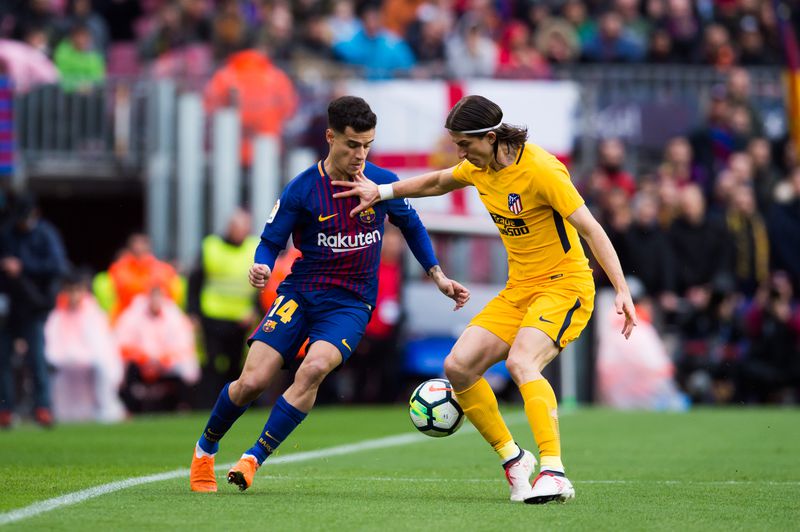 It’s top against bottom in La Liga on Saturday as Barcelona head to Malaga, who are stranded six points adrift in 20th place.

Interestingly, Malaga were the last team to taste victory over Barcelona in La Liga, all the way back in April 2017.

Much has changed since then, not least the departure of goalkeeper Carlos Kameni who always seemed to reserve his best for Barcelona.

Ernesto Valverde may have one eye on Wednesday’s Champions League clash with Chelsea when he selects his starting XI – so let’s have a look at who he might go for.

Defence
Nelson Semedo is still on the injured list and Gerard Pique may also be given the day off as concerns over his ongoing knee problem continue.

Sergi Roberto should continue at right-back with Thomas Vermaelen potentially replacing Pique and partnering Samuel Umtiti in the heart of the defence.

That just leaves Jordi Alba at left-back and Marc-Andre ter Stegen to complete the defence.

Midfield
Philippe Coutinho looks a certain starter as he’s cup-tied for the Chelsea game and because Andres Iniesta is out with injury.

Ousmane Dembele could also be handed a start after featuring in the Supercopa on Wednesday, but being withdrawn before the end.

Ivan Rakitic and Sergio Busquets should also feature, although Paulinho is also an option.

Aleix Vidal and Andres Gomes both played in midweek, while Denis Suarez also appeared and picked up an injury that will keep him out for a couple of weeks.

Attack
Barcelona have had a week to prepare for the game so Lionel Messi and Luis Suarez could both start, but Valverde may be hoping his team can get the game wrapped up early and give one or even both a breather.

Paco Alcacer is also an option for Valverde should he wish to give either of his front two a rest. The striker started in midweek but could not find the target for Barcelona, although he tuck away his penalty in the shootout pretty neatly.