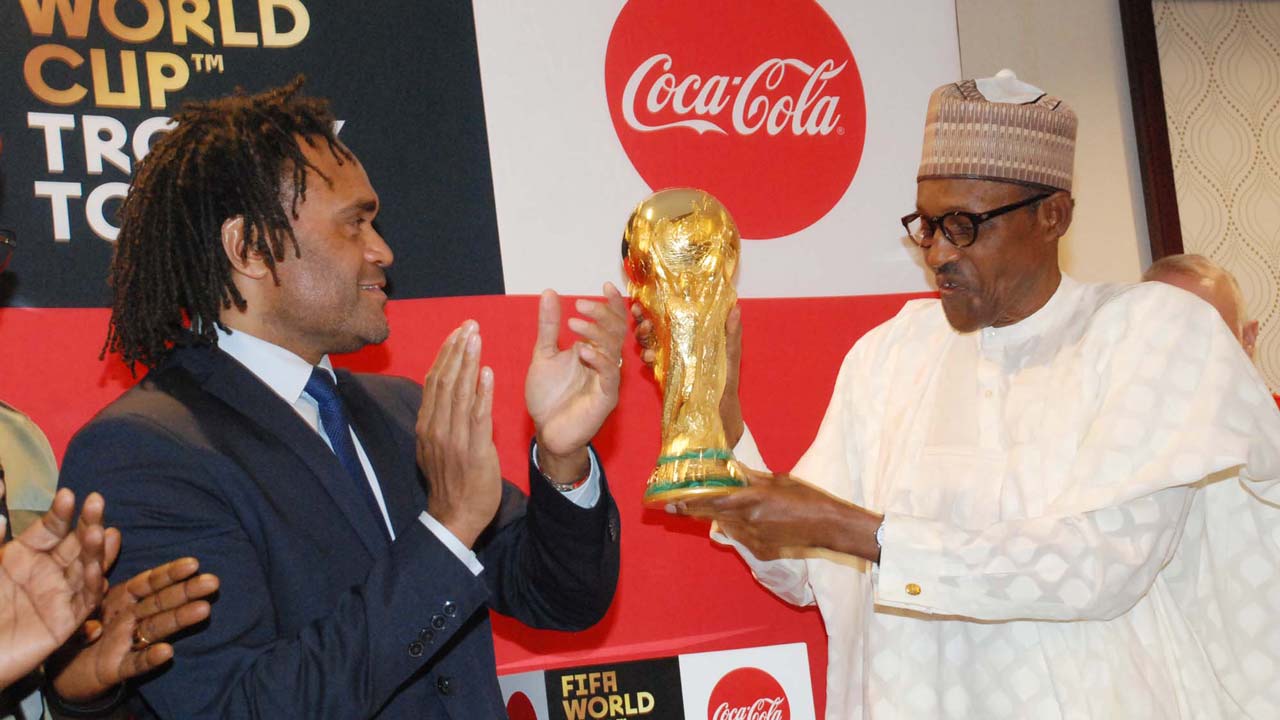 President Muhammadu Buhari yesterday personally received the FIFA World Cup Trophy at the Presidential Villa, Abuja. ‎The trophy is touring 91 cities in 51 countries across the globe ahead of the forthcoming 2018 FIFA World Cup competition scheduled to take place in Russia in the month of June.

President Buhari, while conveying Nigeria’s gratitude to the football governing body for allowing the trophy to tour two cities in Nigeria, Abuja and Lagos, promised his administration’s support to the Super Eagles towards ensuring that the clinch the coveted trophy in June.

FIFA representative, Christian Karembeu, who presented the FIFA World Cup trophy to President Buhari, urged the Super Eagles to believe in themselves if they desired to go far in the competition.

The President of Coca-Cola West Africa, Peter Njonjo, expressed optimism that the ceremony yesterday would turn out to be a dress rehearsal for the return of the trophy in July if the Super Eagles wins the competition.