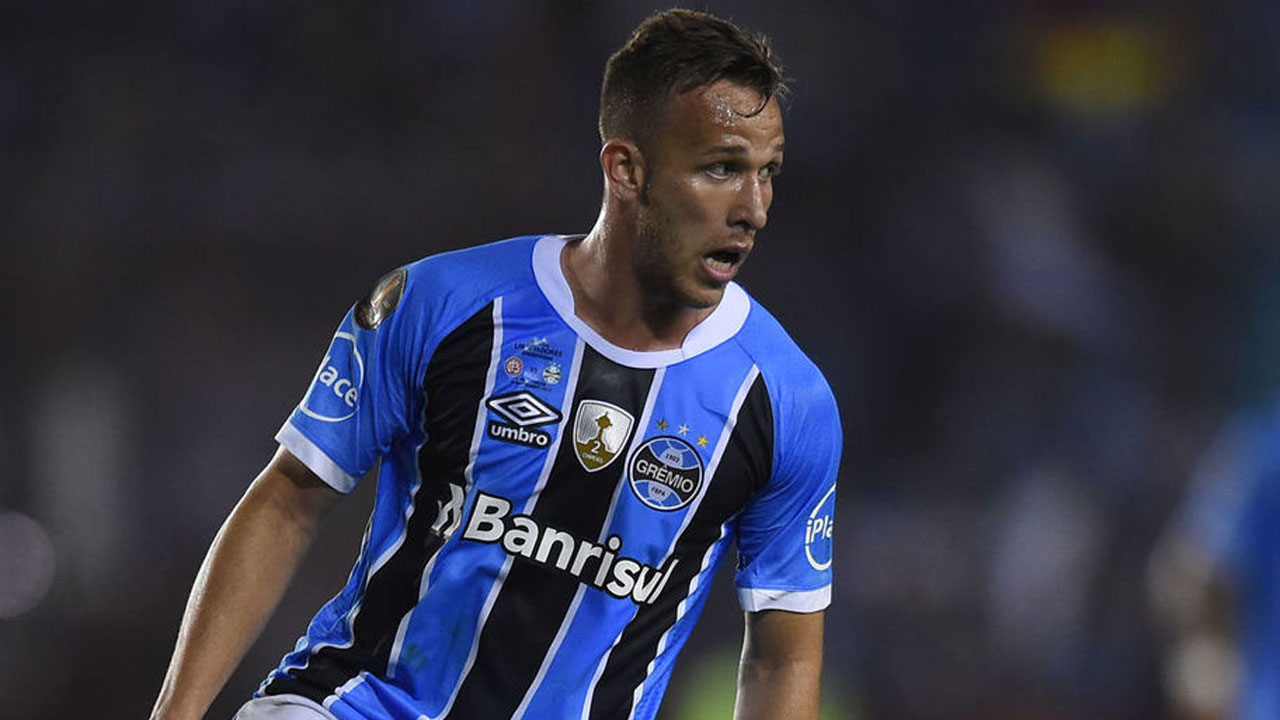 Barcelona have reached an agreement with Brazilian club Gremio to sign Arthur, a 21-year old midfielder.

The Spanish club said in a statement on Sunday that they can activate an option to sign Arthur in July by paying a basic 30 million euros ($36.9mn) plus 9mn in add-ons.

Earlier Spanish media reports had suggested Arthur would join next winter, after the South American campaign. The deal follows a sustained courtship

Arthur helped propel Gremio to the final of the Copa Libertadores last year and was impressive as they beat Lanus of Argentina, 3-1, on aggregate in the final.

He did not finish the second leg, limping off in the second half with a torn ankle ligament. The injury meant Arthur missed the Club World Cup in December.

He will join compatriots Coutinho and Paulinho in the Barcelona midfield.