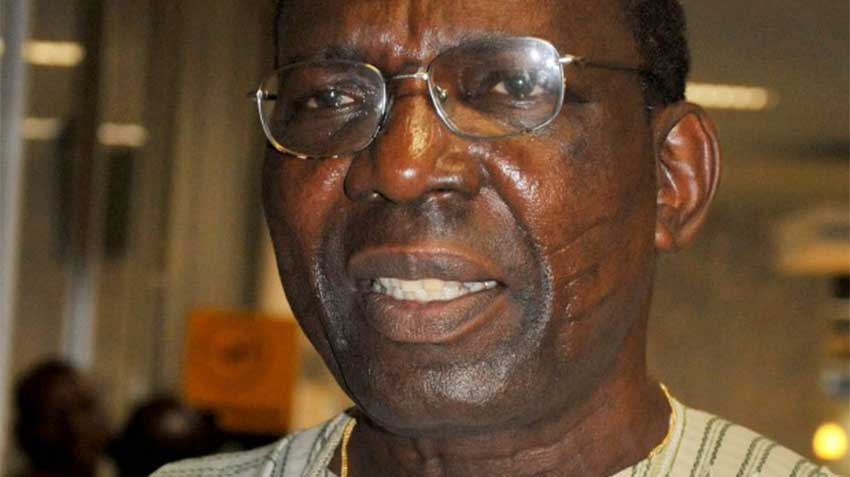 Onigbinde said the appointment was a clear indication that the Amaju Pinnick-led NFF has admitted failure in the area of training Nigerian coaches. There had been public outcry over NFF’s hiring of a foreign coach to replace the coach Florence Omagbemi-led technical crew that led the Falcons to win the last AFCON title in Cameroun.

Onigbinde noted that if the NFF had concentrated its efforts in exposing and impacting technical knowledge on Nigerian coaches, the body would have credible managers that would be able to compete favorably with their foreign counterparts at this point in time.

The erstwhile FIFA and CAF instructor said that overemphasis in hiring foreign coaches for Nigeria national teams would affect the development of domestic players, adding that the dearth of producing quality coaches in the country also killed the process of discovering and grooming talented footballers.

Onigbinde, who wondered why the NFF would appoint a foreign coach for the Super Falcons after emerging African champions with domestic coaches over the years, declared that the federation would have invested more on Nigeria trainers to excel at the global level.

“The appointment of a foreign coach for the Super Falcons is admission of total failure by the NFF. Instead of investing more resources to technically groom Nigeria coaches, they prefer to spend it on foreign coaches. Because of lack of assistance on the part of the NFF, Nigeria have only few coaches in CAF training while countries like Ghana has produced 5000 coaches. The country exposes more coaches to international training.

“When appointing a foreign coach for the Falcons, did the NFF know much about his credentials?  Does the coach know much about developing and working with Africa players? These are things NFF should look out for. It is really a shame that some of the foreign coaches I train when I was FIFA and CAF instructor come to the country to look for job. They are even rated than our domestic coaches,” he said.

Speaking further, Onigbinde said: “NFF need to focus more on training Nigerian coaches because a country cannot produce good students if the teachers are half-baked. I have travelled round the continent and I do not think there is a country that has better players and coaches than Nigeria. The only problem is how to put the basic infrastructure to bring out the best. This can only be achieved through the NFF. If the right step are not taking, coaches would continue to beg Nigeria-born foreign-based players to play for the country when we have abundant talents that are not well monitored. Looking inwards and impacting more knowledge to our coaches would go a long way in repositioning our football.”