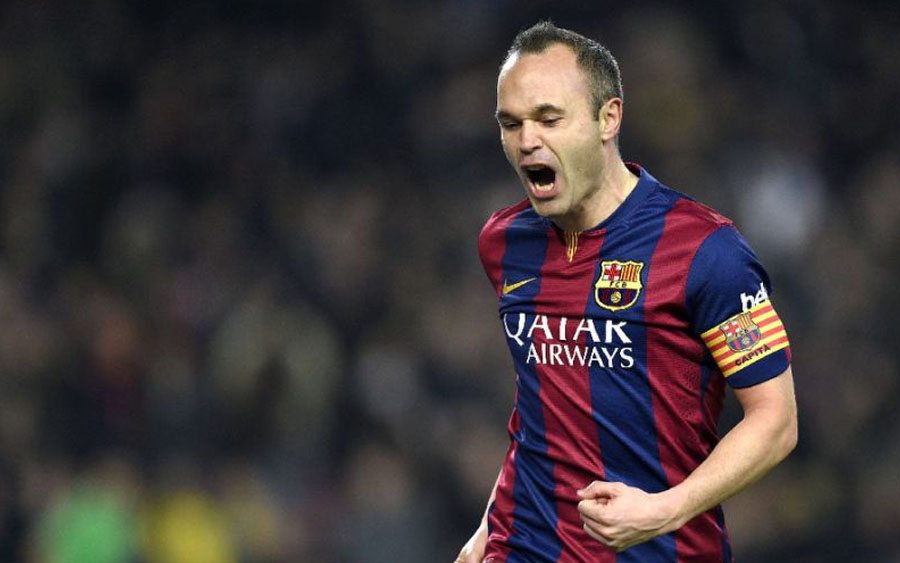 When Sportsmail first reported Barcelona had bid for Philippe Coutinho last July the name Andres Iniesta was very high up in the story.

Brazilian Coutinho had been picked out to replace a legend and despite Iniesta signing a life-time deal at the Nou Camp, that remains the case.

When Coutinho arrives, be it this month or in the summer, it will be to succeed one of Barcelona’s all-time greats.

If Barcelona are willing to give Liverpool what they want – £133million guaranteed with no part of the fee conditional on games played or trophies won – then Coutinho will arrive this January.

Being cup-tied for the Champions League, it will make it easy for Barcelona head coach Ernesto Valverde to ease him into the great man’s midfield position.

Iniesta will play in all the European games and in league matches immediately before or after the Champions League fixtures. Coutinho, meanwhile, will step into midfield alongside Sergio Busquets and Ivan Rakitic or Paulinho.

Iniesta’s deal for life sounds like a contract that keeps him at the club indefinitely but in practice it was always more a compromise struck in October to silence talk about whether he was in his last season.

It sets out a flexible agreement between player and club that allows the former to decide two or three weeks ahead of the end of every campaign if he wants to continue or not.

Iniesta has already gone on record as saying: ‘I don’t want to be here just as a passenger, I want to be important. I don’t know how I will feel in May or June, I hope I keep feeling the way I feel now.’

Come the end of the season he may be ready to walk away. If he has won the Champions League, going out on a high could appeal. Although picking up what would be his fifth European Cup winner’s medal would probably make him feel more than ever that he still had something left to offer.

What the Barcelona hierarchy feel very strongly about is that Iniesta and Coutinho can also play together. One of the benefits of Coutinho and the reason why Barca are prepared to make such a financial commitment, is that, rather like Iniesta in his prime, Coutinho can play in two different positions.

He can operate in Iniesta’s midfield spot but the 25-year-old could also line-up slightly further forward alongside his former Liverpool team-mate Luis Suarez and Lionel Messi.

Barcelona have raced to the top of La Liga in the first half of the season, abandoning their sacred 4-3-3 because of the injury to Ousmane Dembele by playing an extra midfielder in the shape of Paulinho.

They could continue in that vein with Coutinho and Iniesta in attacking-midfield starting positions behind Messi and Suarez.

So his arrival will not make it more likely that 33-year-old Iniesta will leave. It does spell the end for Arda Turan however.

It is Turan’s No 7 shirt Coutinho is likely to take – the number his pal Suarez wore at Liverpool when the two played together.

Coutinho’s arrival will also mean Denis Suarez, Rafinha and Andre Gomes have to consider their futures.

Former Manchester City midfielder Denis had an offer from Napoli in the summer which he turned down. He will find it harder than ever to get regular first-team football once Coutinho is in place.

What remains to be seen is when Coutinho is in place. Catalan press have reported a meeting in London yesterday but they say that meeting is between Coutinho’s family and his representatives.

It’s hard to see how that will advance things – they have been on the same page since last summer when Barcelona agreed on a five-year contract for the player and a €14million (£12.4m) net salary.

It is Liverpool and Barcelona who need to push the deal over the line.