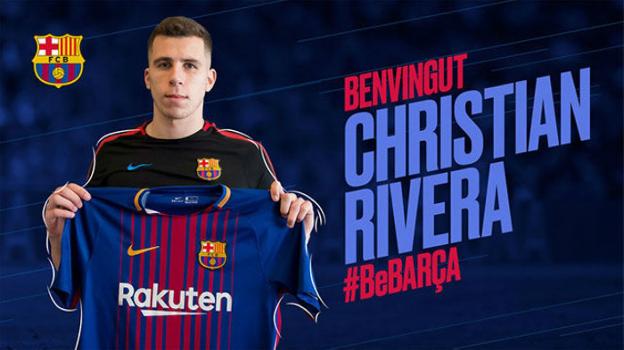 The Spain U19 international has joined Barca on an initial loan and will begin his La Masia career with Gerard Lopez’s B team.

Rivera, 20, made his first-team debut with Eibar last season, clocking up 24 appearances.

His deal with Barca includes a permanent option at the end of the season and was overseen by the club’s technical chief Jose Maria Bakero.

Rivera is expected to go straight into Gerard’s starting XI with Barca B battling against relegation.