Onyekuru scores another goal in Belgium 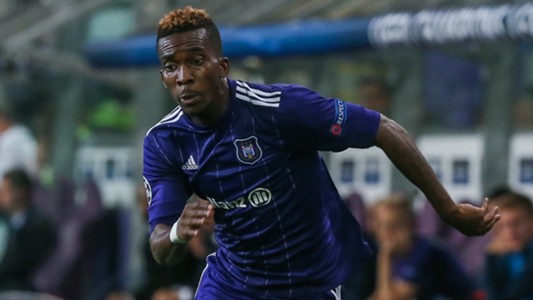 Nigerian striker Henry Onyekuru has again shown why he is attracting interest from top clubs across the world as he was yet again the match winner for Belgian champions Anderlecht in their 2-1 win at Lokeren on Saturday.

The goal by Onyekuru which was scored in the 52nd minute was his eighth league goal this season even as the Everton loanee continues to turn heads with his displays.

The goal by Onyekuru is also a perfect response by the Nigeria international to the recent criticisms levelled against him by the Anderlecht coach.

Despite the latest win, Anderlecht remain third on the table with 34 points from 17 matches, six points behind leaders Club Brugge, who be up against bottom club KAS Eupen on Sunday.