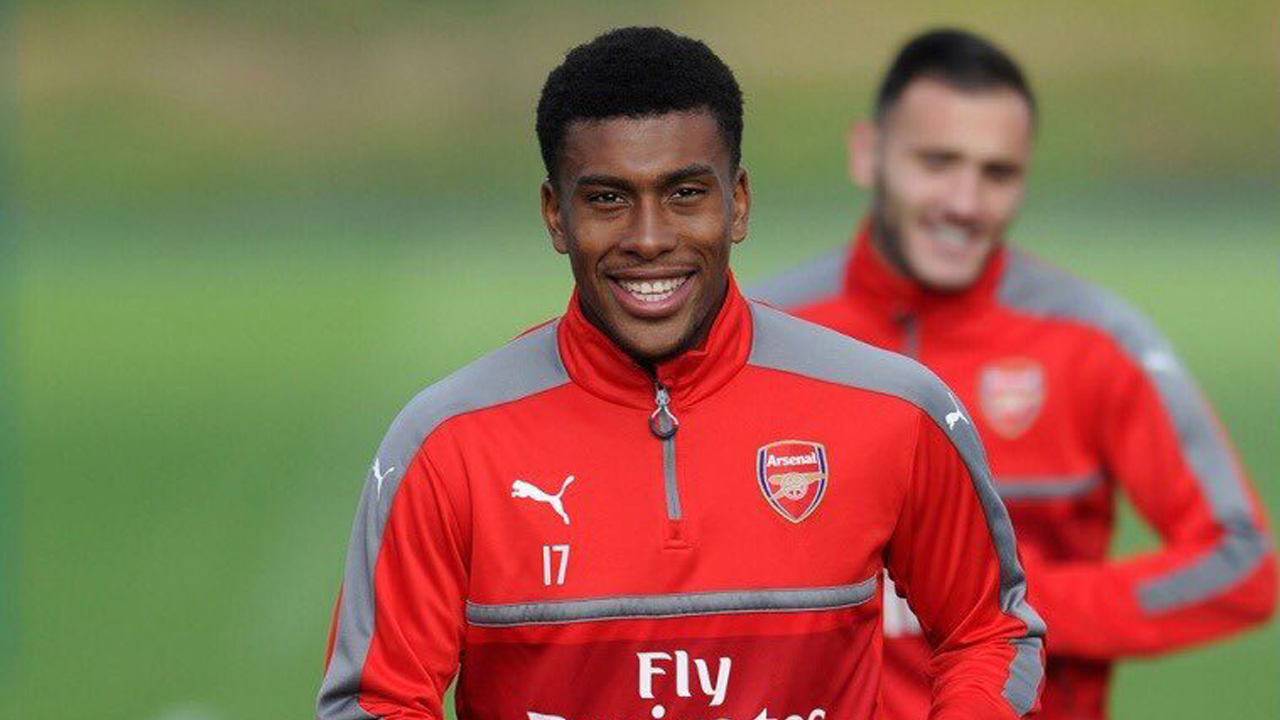 Arsenal have been handed a boost on the eve of their crucial Premier League clash with Liverpool as Alex Iwobi and Francis Coquelin returned to training. Iwobi limped off the pitch last week against Newcastle, while Coquelin copped a suspected hamstring injury and was substituted against West Ham in midweek.

Iwobi and Coquelin took full part in yesterday’s session at London Colney.Both Iwobi and Coquelin could be competing for a starting spot against Jurgen Klopp’s side, with Aaron Ramsey certainly out with a hamstring problem.

The Nigeria international got the nod against Newcastle, with Jack Wilshere operating alongside Granit Xhaka in the heart of the midfield. But Wenger could opt for Coquelin this night to give his defence a bit more protection from Liverpool’s formidable attacking prowess.

Meanwhile, the Arsenal boss hopes fans will show respect to Alex Oxlade-Chamberlain when he returns to the Emirates for the first time with Liverpool. Oxlade-Chamberlain could be in for a frosty reception, given the fact he turned down a new contract so he could join Jurgen Klopp’s side in the summer, but Wenger hopes the supporters inside the Emirates are not too harsh on their former player.

“I don’t know,” said Wenger, when asked what sort of reception Oxlade-Chamberlain would receive from the Arsenal fans.“I rate Alex highly and he knows that. After that, you want all the players to be respected who have played for us.”

Oxlade-Chamberlain’s last game for Arenal came against Liverpool in August when the Gunners were brushed aside in embarrassing style, losing 4-0 at Anfield. Despite serious doubts over his future at the time, Oxlade-Chamberlain still started the contest and he produced a poor performance as the visitors waved the white flag.

Wenger came in for some stinging criticism for playing Oxlade-Chamberlain against a club who were interested in signing him, but the Arsenal boss still insists he has no regrets.

“It would not be fair to put the defeat at Liverpool, where the whole team had a bad performance, on one player,” he said.“After that, on the other side, you analyse ‘did you make mistakes or not?’ You cannot go home and say everything was perfect when you lose like we did.”