Dennis Delight On Bundesliga Debut; Oshoala Too Hot To Handle In Spain

Another Top Egyptian Side Snap Up Sacked Nigerian Star 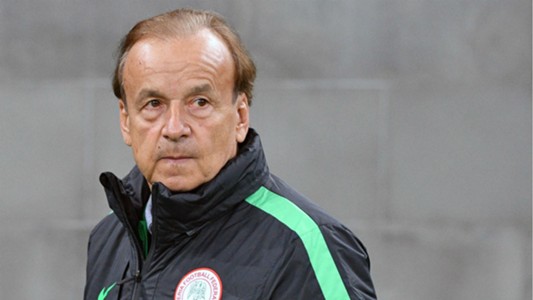 The German tactician who recently defeated Argentina 4-2 in an international friendly encounter at the Krasnodar Stadium after qualifying the Super Eagles for the World Cup in Russia, has maintained an enviable record since his appointment in 2016.

“All the teams that are in the Final Draw, except the host nation Russia, played qualifying
matches. They all emerged from tough encounters and therefore, none can be tagged ‘weak.’

“In the next few hours, we will enter the State Kremlin Palace for the Final Draw and a couple of hours later, everyone will know their opponents. There is no apprehension. If you have to be listed among the best, you have to conquer the better teams and even beat some of the best.”

“We don’t see that as more than a friendly, but what we took away was the capacity of the boys to respond appropriately to adversity, and I loved their reaction,” Rohr intimated. The win brought back memories of Nigeria’s 4-1 spanking of the Argentines in another friendly in Abuja on the first day of June 2011, and the 1996 Olympic Final, in which the South Americans were outclassed by the Dream Team .

“Seriously speaking, every team has the right to dream. But we have our heads on our shoulders
and our feet on the ground, and whatever draw comes, we will take it one match at a time.”

Dennis Delight On Bundesliga Debut; Oshoala Too Hot To Handle In Spain