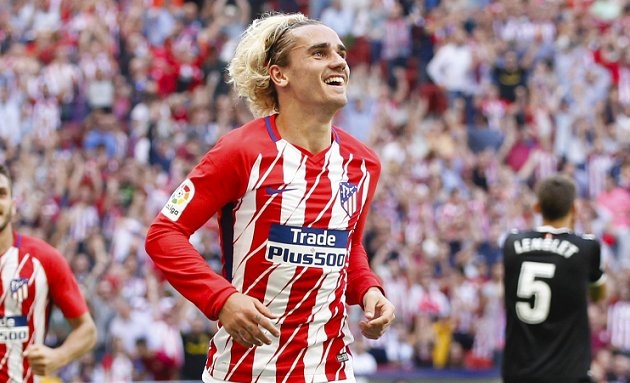 Barcelona are prepared to join the battle for Atletico Madrid attacker Antoine Griezmann.

Sport says in the summer Barcelona were interested in him to replace Neymar but the forward’s buy-out clause was €200m, raised to that figure while Atletico were under the FIFA transfer ban.

However, now Griezmann has a €100 million release clause and Barcelona think it’s a reasonable price for a forward who has shown in recent years he can be decisive.

The former Real Sociedad striker is not enjoying himself at Atletico. He has scored just three times in La Liga and the Champions League.

Indeed, there’s claims his poor form is due to Griezmann having his mind elsewhere as transfer interest heats up.