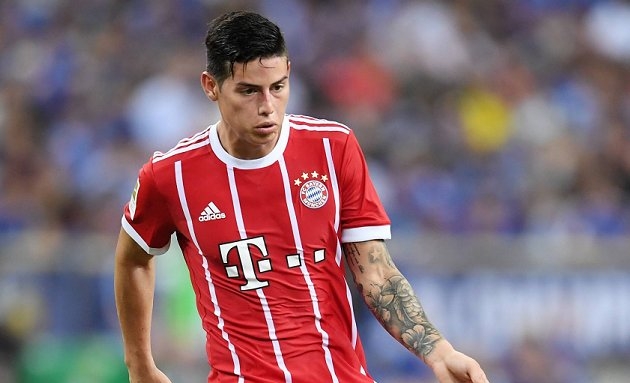 Barcelona are in contact with Bayern Munich about a deal for James Rodriguez.

The Colombia captain is this season playing on-loan at Bayern from Real Madrid – so making a switch to Barca nigh on impossible.

However, with Bayern holding a permanent option for James, it raises the prospect of the Germans buying the midfielder outright before selling him onto Barca for a profit.

Don Balon says such a proposal is being considered by Bayern, though they’re reluctant to meet the original €65m price that was settled with Real.

James has struggled for form since joining Bayern and has found himself on the outer since the dismissal of former Real coach Carlo Ancelotti.