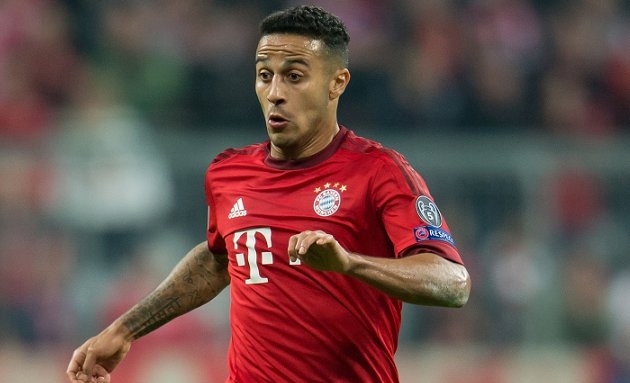 Barcelona are exploring the prospect of bringing Bayern Munich midfielder Thiago Alcantara back to the Nou Camp.

Barca are shopping around for a successor for veteran captain Andres Iniesta and Thiago features high on their agenda.

Okdiario pundit Eduardo Inda says Barca are already in contact with Thiago’s father and agent, Mazinho, about a return next summer. However, they will take some convincing to leave Bayern.

“But Mazinho, his father, is angry with the treatment they received from the Barca board during their time there. But you cannot discard that next season Thiago could return to wear the shirt of Barça.”

One other stumbling block is the lack of a buyout clause in Thiago’s Bayern deal, meaning Barca will have to negotiate a fee to bring the midfielder back to Spain.