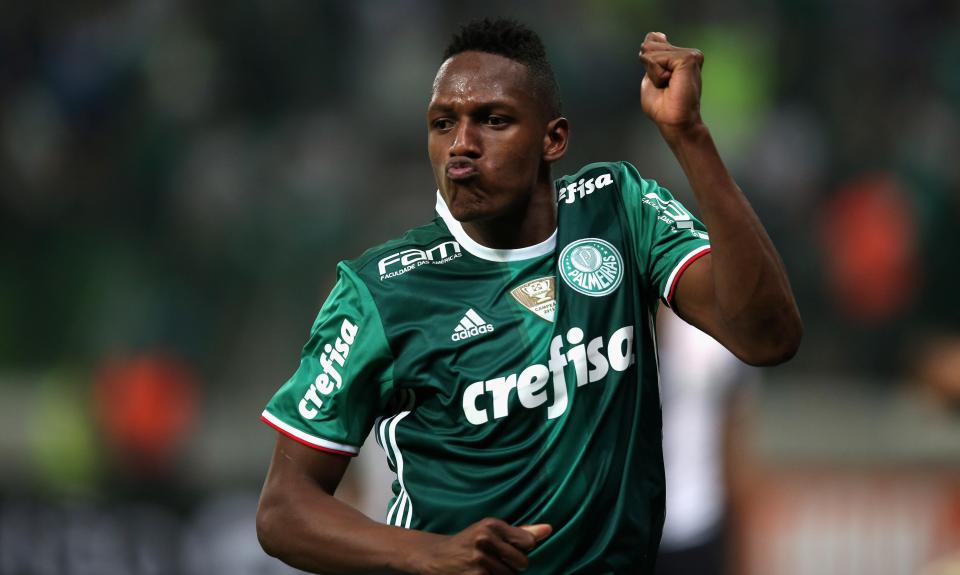 Barcelona have the all clear to sign Palmeiras defender Yerry Mina in January.

Mina has already penned a pre-contract with Barca, though it was agreed he’d stay in Brazil until the summer of 2018.

However, AS says it is now being discussed that Mina’s arrival could be brought forward for the New Year.

Colombia international Mina would join Barca to fill the position of a fourth centre-half option behind Gerard Piqué, Samuel Umtiti and Javier Mascherano.

His arrival would see Barca allow Thomas Vermaelen to leave in January.