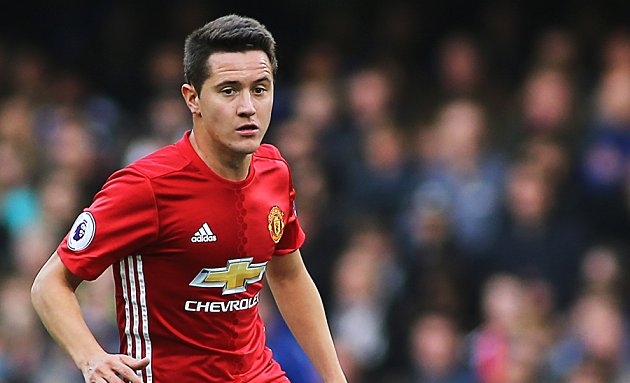 Barcelona have assured Manchester United intermediaries over their interest in Ander Herrera.

With Herrera locked in new contract talks with United, it’s been suggested Barca are behind the midfielder’s stalling.

However, Sport says United have been informed Barca have no interest in moving for Herrera.

The midfielder had been linked to Barca with coach Ernesto Valverde having worked with him at Athletic Bilbao.

But representatives insist talk of plans of moving for Herrera are not under consideration inside Barca.