Iwobi’s Getting Better With Every Game – Amuneke 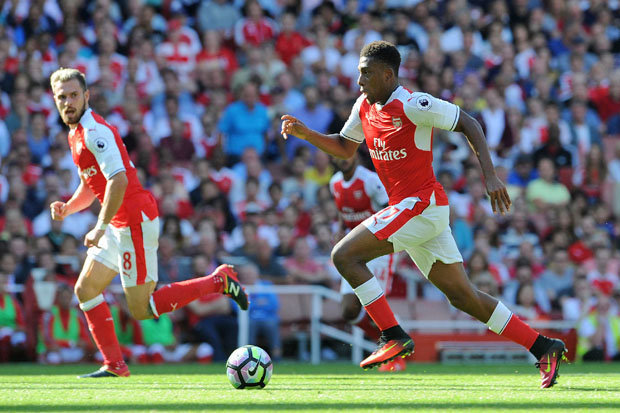 The Nigerian international was a delight to watch as he dazzled the Chelsea’s defenders with his pace and trickery to help Gunners help condemned the Blues to their first defeat ahead of the Premier League new season.

However, Amuneke told Soccernet.com.ng that Iwobi’s performance against Chelsea shows sign of improvement in his football.

“I am really happy with the way he composed himself whenever he is with the ball. It shows his determination to improve the level of his game and I am not too surprised that manager, Arsene Wenger is giving him more playing time,” Amuneke told Soccernet com.ng.

” I see him taking every opportunity that comes his way and expect him to be one of the stars in Arsenal ahead of the season.”

Arsenal defeated Chelsea 4-1 via penalty shootouts after the tie had ended 1-1 on regulation time.

Arsenal will confront Leicester City in Friday EPL opener while Chelsea will host Burnley on Saturday at Stamford Bridge.