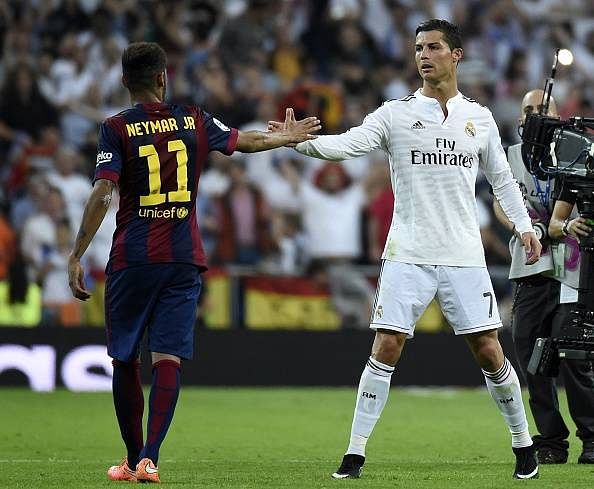 Deportes Quatro reports having played what is likely to be his final Clasico, Neymar made an appearance in the Real Madrid dressing room after the full-time whistle in Miami on Saturday night.

With his transfer to Paris Saint-Germain expected to be announced next week, he said his goodbyes to his rivals from the Spanish capital, spending 15 minutes in Zinedine Zidane’s team’s dressing room.

Neymar was filmed leaving with a couple of Real Madrid shirts.