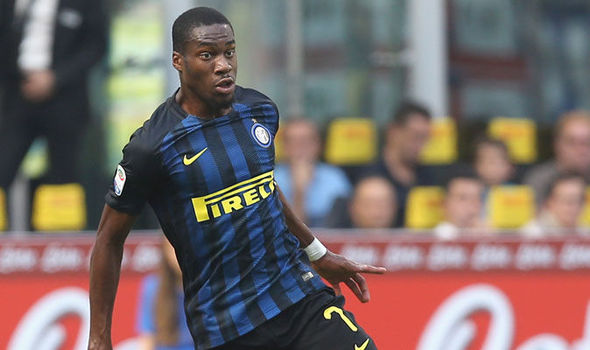 The agent of Inter Milan midfielder Geoffrey Kondogbia has revealed interest from Barcelona and PSG.

The midfielder has spent the past two seasons with the Nerazzurri.

“Almost all of the names which have come out are true,” brother and agent Evans Kondogbia told Tuttomercatoweb.

“Geoffrey is a great player and it’s normal that there are so many teams after him. Offers are never lacking, and they’re still there.

“I can rule out Valencia, there’s nothing with them.

“I’ll repeat though, so many of the clubs who have been linked with Geoffrey are real, so even PSG and Barça have called us, but nothing more.

“Is he happy at Inter? Absolutely, yes. My brother is fine in Milan, he’s focused and working hard.

“The chances of him staying? I’d say high, but it’s not just down to us, it also depends on the will of the club.