Barcelona captain bares his mind on Neymar to PSG link 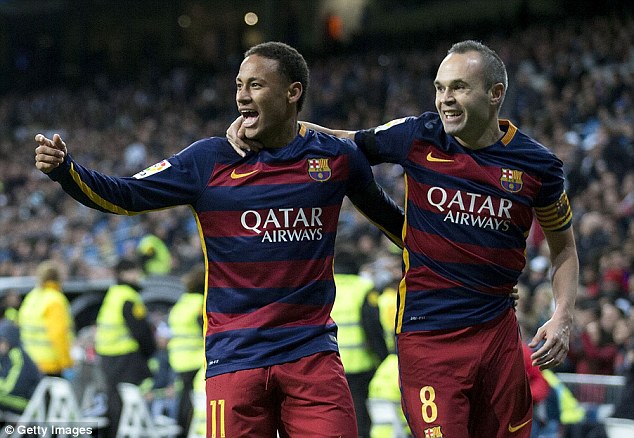 Iniesta according to The Independent says he would rather have Neymar at the club than a massive transfer fee, with speculations linking the 2016 Rio Olympic gold medalist to Ligue 1 giants Paris Saint-Germain in a world record deal.

“I do not think 200-300 million will be more beneficial for Barcelona than having Neymar.

“We would like you (the press) to not keep asking (about Neymar) so much, but to end this, there is only one way: Neymar will speak.”
Iniesta told a news conference ahead of the Saturday’s pre-season friendly against Real Madrid PSG have reportedly held discussions with Barcelona about a transfer for the 25 year-old that would smashthe world record 89 million pounds ($116.88 million) Manchester United paid for France midfielder Paul Pogba last year.

Neymar, whose buy-out clause at Barcelona was set at over 200 million euros ($234.96 million), cancelled a personal appearance in China next week because he was said to be ‘busy with transfer business’.