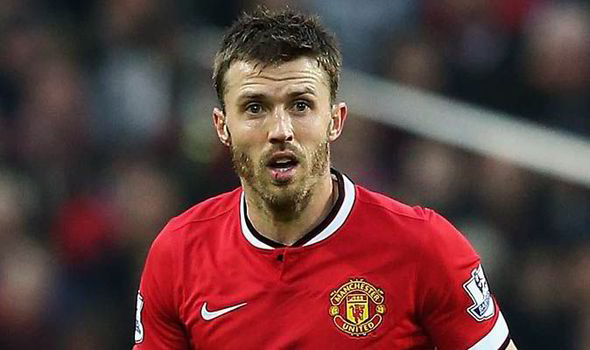 Michael Carrick says it was a ‘joy’ to work with Cristiano Ronaldo amid speculation surrounding a possible return to Manchester United.

It emerged last week Ronaldo was intent on leaving Real Madrid over accusations of tax fraud in the Spanish capital and he has beenn predictably linked with United.

The 32-year-old is currently captaining Portugal in the Confederations Cup in Russia, where he has twice skipped post-match press conferences to avoid questions surrounding his future.

Carrick won six trophies in the three years he played alongside Ronaldo but refused to endorse a United move for the Ballon d’Or winner.

“Everyone knows how good he is and what a career he’s had,” Carrick told Sky Sports News.

“It’s not for me to get involved on whether he comes to United or leaves Madrid, that’s not my business.