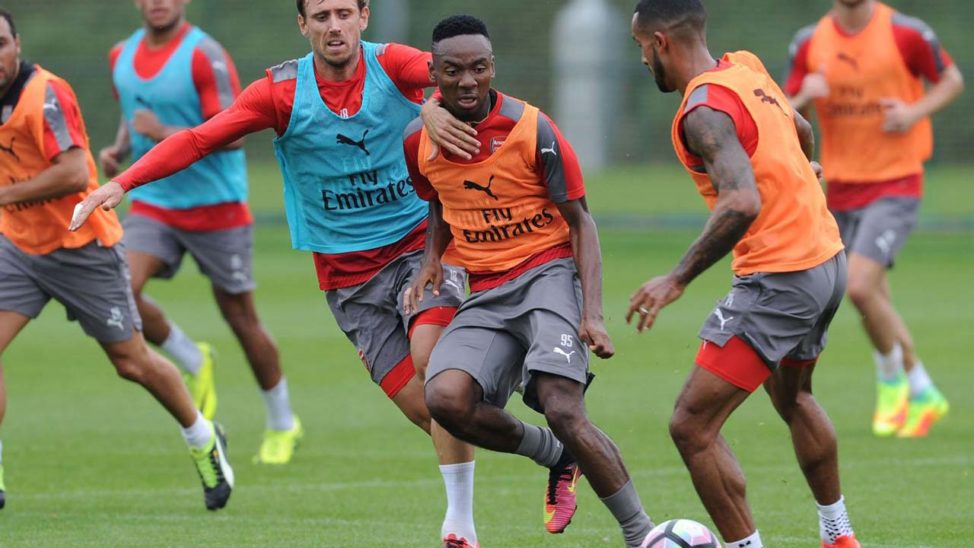 After excellent performances at the U-17 World Cup in 2015, Kelechi Nwakali was a wonderkid, whose stock rose rapidly before finally completing a five-year deal to join Arsenal in March last year.

The talented Nigerian, who won the Golden Ball at the tournament too, has been tipped for future stardom by many and was loaned out to MVV Maastricht for the whole of last season in an attempt to build valuable experience in Europe.

Many Gunners fans may not know a lot about the youngster, so who is he?
Nwakali is a versatile youngster and one that can play in a range of different attacking positions.Where he’s best suited is in the number 10 role just behind the striker where he can constantly get on the ball and create chances whilst being given opportunities to dribble his way towards the goal.

He’s agile, deceptively quick given his frame and equally tough to shrug off the ball. This makes him harder to isolate once he does get going, and there are definitely a few dribbles and deft moves that have ‘highlight reel’ potential from last season alone.

His passing range is an under-rated strength within his game, while he is naturally skillful too, though it is unfair to say he can perform as a deep-lying playmaker at present – he doesn’t have the defensive discipline needed to perform effectively there.

He loves to get on the ball and will take it from deeper positions though, especially if his side are losing or need to score a goal.It helps give them a lift to see a more attack-minded player dropping deeper to receive passes into his feet, where he can scan for forward options and create a goalscoring chance within seconds.
Weaknesses

In terms of weaknesses, there’s one, which is typical for most teenagers and Nwakali himself will probably identify it as an area to improve upon in future. It is his level of consistency and one which fluctuates, especially when playing in a position different to his most preferred or against tough opposition that have taken steps to try and nullify his attacking threat.

There were a handful of occasions last season where Nwakali played out on the flanks, for instance. For someone with his attributes, it is understandable that he’d be played there but he is far more influential with the ball at his feet than constantly having to make runs in-behind a defence or calling for it, where he’d attract unnecessary attention in the process.

His decision-making at times can seem rushed, as he has an eagerness to make things happen and can make mistakes which see possession squandered as a consequence. It’s something that he’ll change with experience and maturity, becoming more composed in dangerous situations before punishing opponents to devastating effect with more regularity.

He has shown he’s able to do that, just not as frequently as he would’ve liked to yet.It’s easy to forget that Nwakali only turned 19 at the start of this month, yet he is mature off the pitch and regularly impresses on it too.

It’s refreshing to see a highly-rated prospect like him flourish out on-loan and given his performances at Maastricht, it’s no surprise that top tier sides in the Bundesliga and Belgian Pro League are interested in a season-long loan deal ahead of the new campaign.

Nwakali is good enough to continue his development elsewhere before staking a first-team claim and it’d be counter-productive to see him return to the club’s U-23 side.

His five-year contract highlights the potential for him to succeed in north London and he’s one of the Academy’s top talents within his age-group.

Where he’d be deployed once he makes his senior breakthrough remains to be seen at present, although he could emulate Alex Iwobi by playing on the wing and alternating with a more creative midfield presence when others such as Mesut Özil do not feature.The future is bright for Nwakali and he has genuine potential to make a breakthrough at Arsenal in the next two seasons.