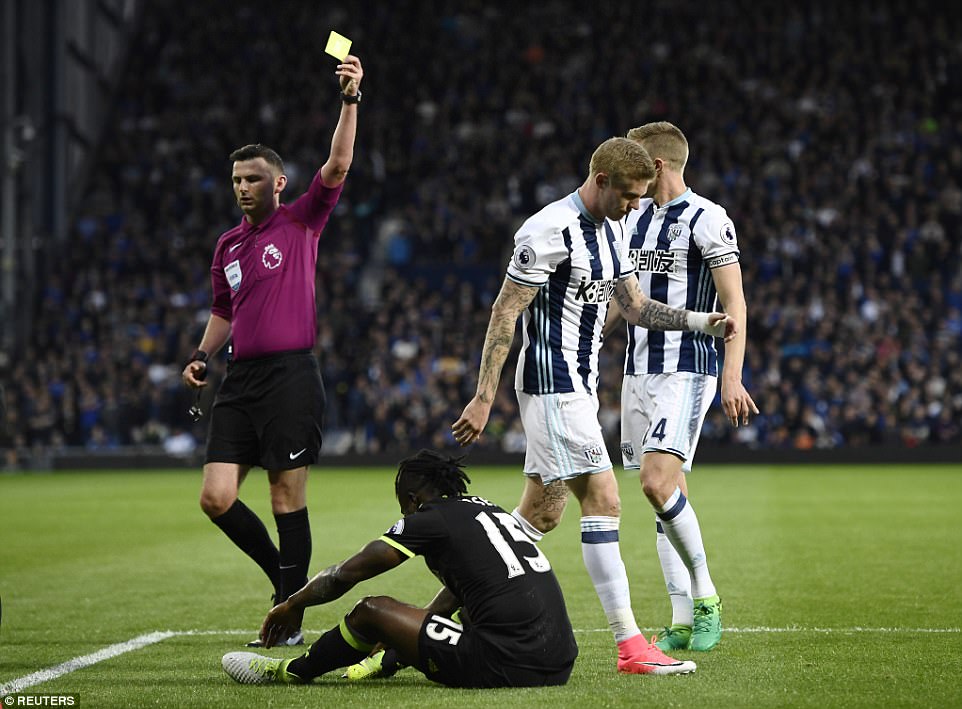 Super Eagles winger, Victor Moses played all 90 minutes as Chelsea defeated West Brom 1-0 at the Hearthrow Stadium on Friday to claim the Premier League title for the fifth time with two-game in hand.

The Nigerian international who was farmed out to Liverpool, West Ham and Stoke City on loan during former boss era, Jose Mourinho, played a key part in the Blues success story under manager, Antonio Contem

It was Moses first Premier League title with Chelsea since joining the team from Wigan Athletic.

Despite ending the first half goalless, the Blues were almost ending the second half the same way only for the unlikely goal scorer, Michy Batshuayi, who came in as a substitute to slot in the ball pass West Brom goalkeeper Ben Foster.

The victory automatically gave Chelsea the three points and the title with two games to play for. It also guarantee the team a place in next year’s UEFA Champions League.