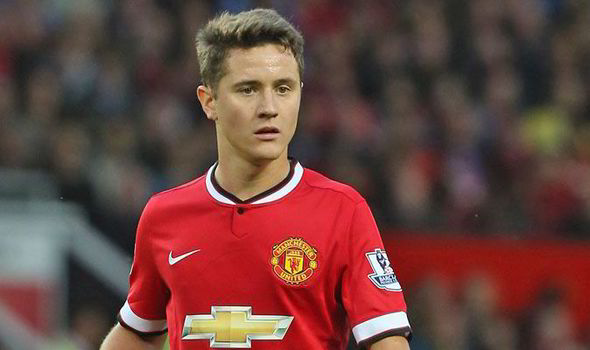 Manchester United’s Player of the Season Ander Herrera is wanted by Barcelona manager in waiting Ernesto Valverde as his first signing at the Camp Nou.

The former Athletic Club star has been a revelation at Old Trafford and become a true fans’ favourite.

Luis Enrique is set to depart this summer after three seasons in charge and Herrera’s former manager in Bilbao and ex-Barça forward Valverde has identified him as a key target for his new project.

Mourinho will be desperate to keep hold of the former Real Zaragoza starlet and will need to hurry a new contract this summer given his deal expires in 2018.

With Sergio Busquets’ form waning and Andre Gomes failing to impress in his debut season with the Blaugrana, Herrera would add some bite to the midfield.

Having picked up the FA Cup, EFL Cup and Europa League in his last two seasons though, Herrera may take some persuading to return to La Liga.