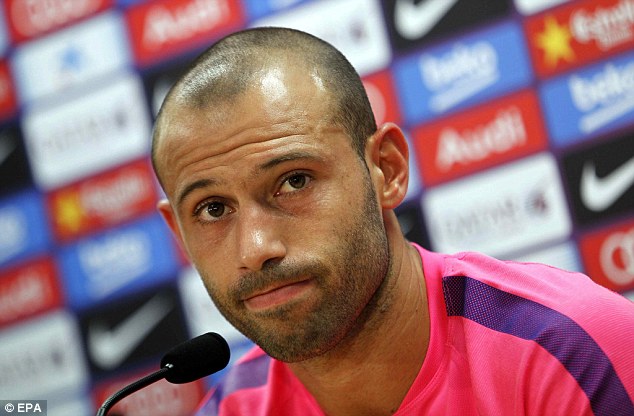 Mascherano was forced off during the Copa del Rey final victory over Alaves.

The Argentine collided with Marcos Llorente and although he hurt his head, worse was the damage to his knee with the club confirming he will miss the next six weeks.

Barcelona’s domestic season is over and now he will not be able to take part in Argentina’s two friendlies in June.

He was likely to be included in Jorge Sampaoli’s squad for the games against Brazil and Singapore.