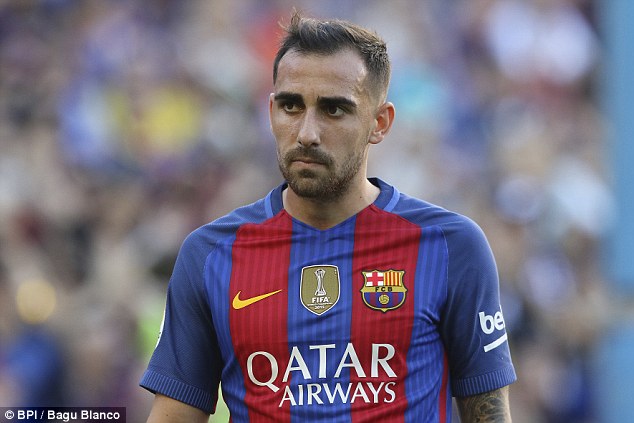 Paco Alcacer insists he is happy at Barcelona but knows his future is out of his hands after scoring in the Copa del Rey final.

Standing in for the suspended Luis Suarez, Alcacer’s strike in the third minute of first-half stoppage time put Barca 3-1 up against Alaves at Vicente Calderon and proved to be the last goal of the match.

The Spain striker has rarely featured in his first season at Camp Nou, starting only six LaLiga games after joining from Valencia in a €30million move.

Alcacer does feel he has improved as the campaign progressed and was thrilled to end it on a high, but understands he alone will not decide what happens for 2017-18.

“I only live in the present and I’m happy here,” he told reporters after the match.

“It is not up to me to decide what happens next season, it is the directors and the coaches.

“In the end, the hard work was reflected on the pitch. Helping the team with a goal is important and I am very happy to end the season like this.

“I have gone from down to up during the season. I always try to think in the present and on the next game and, in the end, it has its rewards.

“You can never give up – you must always give your all.”