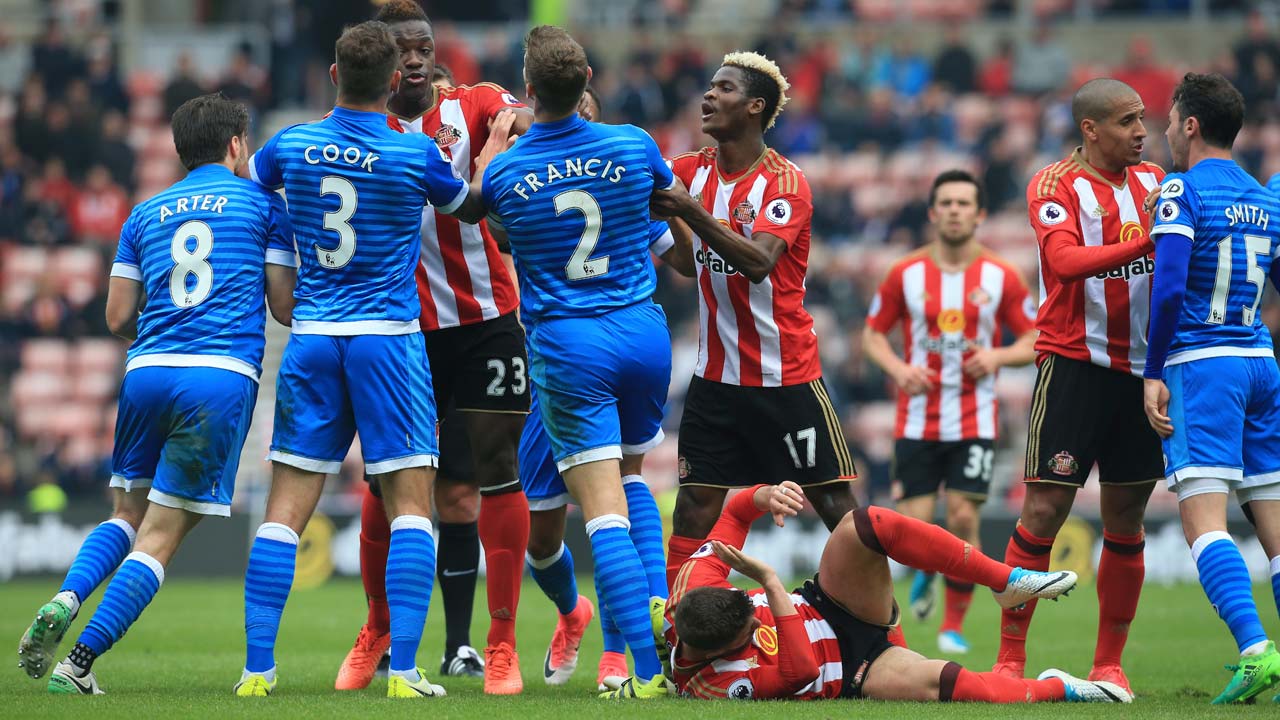 David Moyes’s sorry Sunderland were relegated from the Premier League after a 1-0 home defeat by Bournemouth at the Stadium of Light on Saturday.

Allied to Hull City’s 0-0 draw at Southampton, the result left Sunderland 13 points adrift of safety with only 12 points to play for this season.

Josh King scored the goal that condemned Sunderland to the Championship, converting a pass from Ryan Fraser after a sweeping counter-attack in the 88th minute.

Southampton had a chance to give Sunderland a stay of execution, but Dusan Tadic’s stoppage-time penalty was saved by Hull goalkeeper Eldin Jakupovic.

Sunderland have been in the Premier League since 2007, but their return to the second-tier Championship has long appeared only a matter of time.

They have been in the relegation zone since September and have not moved off the foot of the table since January.

Victory effectively secured Bournemouth’s safety, catapulting Eddie Howe’s side up the table to 10th place, 10 points above the relegation zone.

After a forgettable encounter at St Mary’s, Southampton were awarded a penalty at the death after Alfred N’Diaye was penalised for holding Maya Yoshida.

Tadic drilled his spot-kick towards the bottom-right corner, but Jakupovic plunged low to his left to turn the ball away and condemn Sunderland to the drop.

With Stoke City and West Ham United also drawing 0-0, the only other goal in the four afternoon games came in outgoing champions Leicester City’s 1-0 victory at West Bromwich Albion.

Jamie Vardy settled the game in the 43rd minute, rifling home his 15th goal of the season from Shinji Okazaki’s pass down the inside-right channel.

After an arduous season for Leicester, last season’s fairytale champions have now reached the 40-point mark that usually guarantees survival.

Leaders Chelsea travel to Everton on Sunday looking to preserve their four-point lead over second-place Tottenham Hotspur, who host Arsenal in the last north London derby at White Hart Lane.