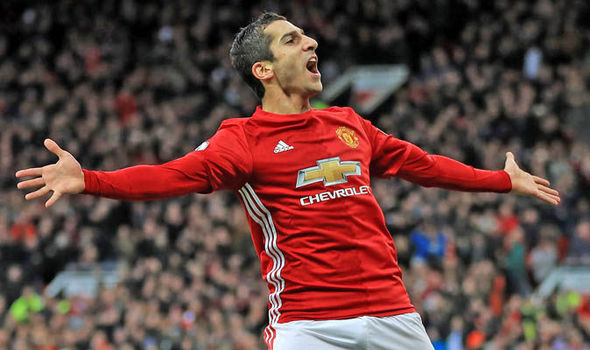 Manchester United forward Henrikh Mkhitaryan is prioritising UEFA Europa League glory this term. “It is one of my goals for this season – to win the Europa League,” he said. “I know it is not going to be easy, particularly at this stage of the competition as there are no easy opponents.” The reward for United could be more than just lifting that trophy in Stockholm in May. José Mourinho’s men are still jostling for position in the Premier League but, regardless of where they finish domestically, would be assured of at least a play-off place in next season’s UEFA Champions League should they win the UEFA Europa League for the first time. United face Anderlecht in the quarter-finals, with the first leg in Brussels next Thursday. Mkhitaryan and his team-mates could also make history should they go all the way, since they are aiming to become only the fifth team – after Ajax, Bayern, Chelsea and Juventus – to win all three major UEFA trophies. “Obviously we understand the importance of the tie with Anderlecht in the quarter-finals,” the Armenian international told United’s official website. “We know that we are going to have two very tough games and, of course, Anderlecht are not easy opponents. I know this because I have watched some of their games in Europe; they are playing very well and have very good players of high quality.”