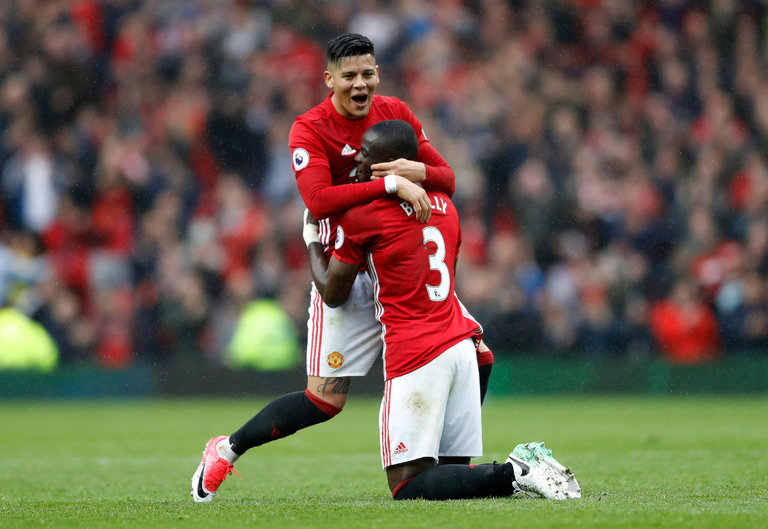 Super Eagles winger, Victor Moses was on the losing side as Chelsea’s Premier League title ambitions was dealth a major blow in their 2-0 lose to Manchester United at Old Trafford on Sunday.

The league leaders had some injury worries prior to the encounter after Alonso Marcos and Thibaut Courtois were left out of the game, thereby forcing Blues manager, Antonio Conte to make changes to his line up; bringing in Kurt Zouma and Begovic.

However, the Red Devils made the early start as Marcus Rashford sent the Old Trafford fans agog with a brilliant finish in the 6th minute  to open the floodgate of goals.

Ander Herrera ensure safety of the three points as his deflected shot extended Man United lead in the 49th minute to the delight of their coach, Jose Mourinho.

The defeat reduces Chelsea’s lead on the table to four points as Moses was substituted in the 54th minute for Cesc Fabregas.