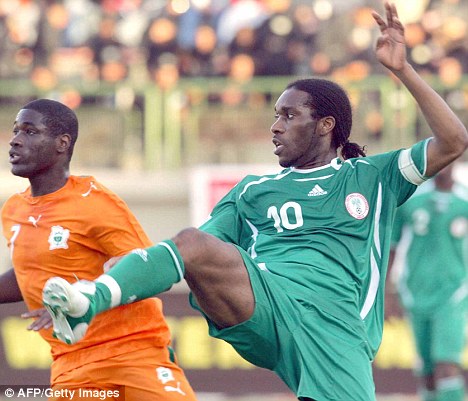 By Augustine Akhilomen The Teslim Balogun Stadium, Lagos will come alive on April 29 as top African football legends will come at loggerheads in a clash of legends in a charity match organized by the Kanu Heart Foundation and Nelson Mandela Foundation. The encounter is a charity/peace football showpiece meant to bring together the mega stars of African football and in a way celebrate their heroic feat on the field of play. According to a press statement by the General Secretary of the Local Organising Committee of the event, Pastor Onyebuchi Abia, the match will feature the greatest gathering of the continental bests. Football legends who have confirmed their readiness to feature in the charity game show is Liberia’s George Weah, Ghana’s Abedi Pele, Cote d’Ivoire’s Didier Drogba, Nigeria’s Jay Jay Austine Okocha, Cameroon’s Roger Milla and many more.