Chicharito Would Have Scored 20 Goals For Man United – Mourinho 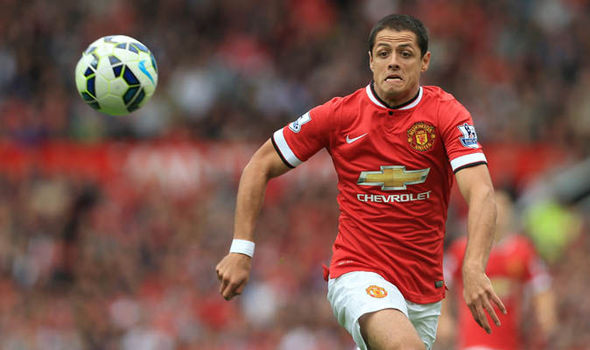 Jose Mourinho believes ex-Manchester United striker Javier Hernandez is the kind of “killer” that would turn games for a side boasting talented players that are not “in love with the goal”.

An unerring knack at drawing matches they have dominated has proved costly for Mourinho’s United this season, leaving them scrapping for a top-four berth rather than the title.

The Red Devils have drawn half of their current 20-match unbeaten Premier League run and shared the spoils on 12 occasions in total – more than any team in the division.

Misfortune has undoubtedly compounded a lack of cutting edge that has made Atletico Madrid’s Antoine Griezmann a potential summer solution.

Mourinho confirmed United are looking at strikers, making his unprompted mention of Bayer Leverkusen’s Hernandez intriguing – especially having recently admitted he would never have sold him.

The Mexico international, known as Chicharito, was unceremoniously shipped out by Louis van Gaal in 2015 and twice retweeted the United manager’s interview.

“Many goalkeepers becoming phenomenal at Old Trafford, I think is credit for the goalkeeper.

“We have some players that are not really players in love with the goal.

“He is a guy that naturally the ball comes, rebound here, rebounds there, boom – goal. The goalkeeper saves, he goes there, tap in – goal. The cross is coming, he anticipates the first post header – goal.

“And not even coming from the bench, we have this kind of player that scores 10, 15 goals and gives you 10 or 15 more points.

“We play well, most of the time, not always obviously, but we play well, we create a lot, we don’t score enough goals for the way we play and the teams that come to Old Trafford.”