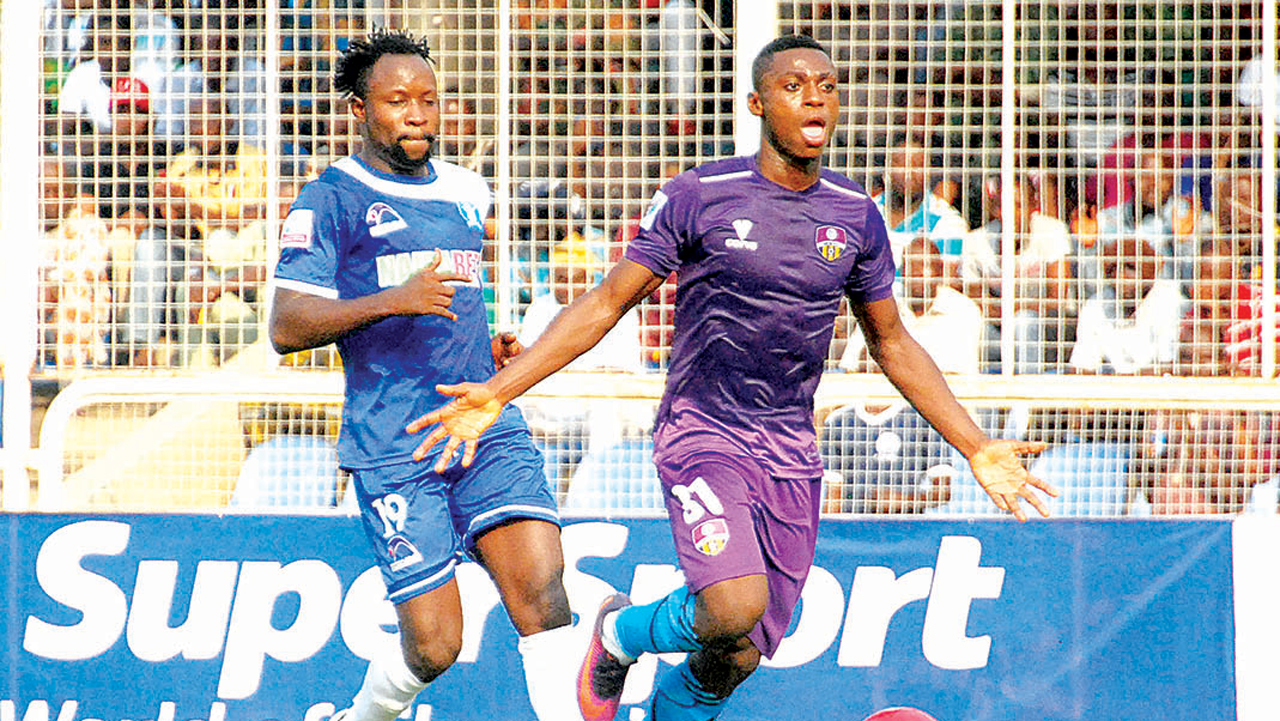 Everything he touches turns to goal, Stephen Odey is on a roll. The young MFM Football Club’s hot shot yesterday led the Fidelis Ilechukwu-tutorecd team to the top of the Nigerian Professional Football league with his 13th goal of the campaign.

MFM and Plateau United have been on a seesaw battle for the leadership of league and Plateau United’s draw with Rivers United yesterday ensured that the Lagos-based side retuned to the summit off a 2-1 defeat of Abia Warriors at the Agege Stadium yesterday.

It took Odey only four minutes into the game to find the net when he latched onto Sikiru Olatunbosun’s quick free-kick to beat Abia Warriors’ goalkeeper. Olatunbosun added to MFM’s lead on the 31st minute off a brilliant free-kick. The first half ended 2-0 in favour of the home team.

Abia Warriors came forcefully into the game on the second half and were rewarded in the 84th minute when Sunday Adetunji beat Egbe Ospino to ensure a tense end to the encounter.

MFM’s are now on 30 points from 16 games. Plateau United forced Rivers United to a 0-0 draw to drop tom the second position on 29 points. Elsewhere, Shooting Stars of Ibadan defeated El Kanemi Warriors 1-0 at the Lekan Salami Stadium with Merenini Junior’s 47th minute goal securing then three points for the Oluyole Warriors, but defending champions, Enugu Rangers’ poor run continued as they were forced to a 1-1 draw by Remo Stars at the Nnamdi Azikiwe Stadium.