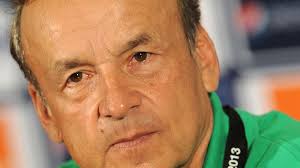 A German, Gernot Rohr, has been selected as the new Coach of the Super Eagles.

The new coach, according to The Eagle Online sources, is to arrive in Nigeria on Saturday.

It was learnt that Rohr will fly into Abujaon Saturday from France.
He will immediately be unveiled after the overnight flight from France.

On Sunday, Rohr is scheduled to watch the Nigeria Professional Football League match between Ikorodu United and Shooting Stars Sports Club of Ibadan at the Agege Stadium in Lagos.

Before landing the Super Eagles job, Rohr, had coached Gabon and Burkina Faso.