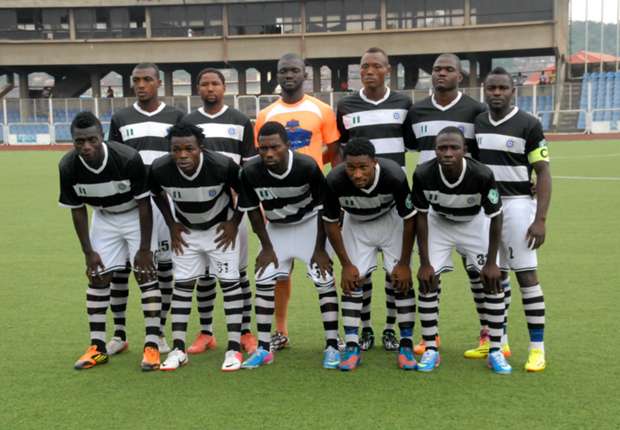 Ikorodu United FC came from one goal down to hold Lobi Stars FC to a 1-1 draw in the rescheduled Nigeria Professional Football League (NPFL) Week 23 clash at the Aper Aku Stadium on Thursday in Makurdi.
Tony Okpotu put the hosts ahead in the 42nd minute to score his 12th goal of the season against the relegation threatened Lagos club. Mid-way into the second half, Kabir Balogun scored the equalizer for the Oga Boys in the 58 minute, to end the game 1-1 at full time.
Ikorodu United were reduced to 10 men in the 66thminute when Shedrack Francis received the referee’s marching order for a rough tackle. Lobi Stars also lost the opportunity to grab the winner in the 87th minute when Raphael Ayagwa was brought down in the box. But the hosts failed to convert the penalty. With Thursday’s 1-1 draw, Lobi currently occupy seventh position with 35 points from 24 round of matches.