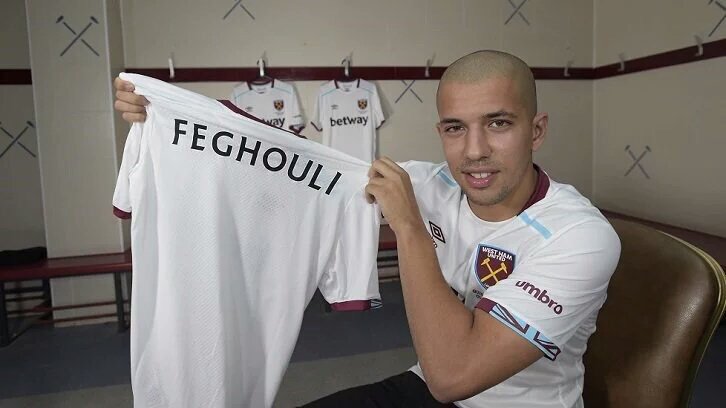 English club West Ham united have announced the signing of Algerian attacker Sofiane Feghouli from Valencia on a three-year deal.

The player joins West Ham on a free transfer from Valencia and has signed for three years which makes his the Hammers’ second signing of the summer after the inclusion of Harvard Nordtveit from Borussia Monchengladbach.

The transfer means Feghouli has put an end to is 6-year stay at the Mestalla where he made 243 appearances scoring 42 goals in the process. He has featured 40 times for the Algerian senior national team and was named Algerian player of the year in 2012.

West Ham coach Slaven Bilic will be looking to make a major improvement to his side as they will compete in the Europa League next season and has seen Feghouli as a player capable of posing a dangerous attacking threat to opponents. His combination with Payet will mean West Ham will be a force to reckon with next season.

“I am very happy to sign for the Hammers and for Slaven Bilic, the history of the club is important for me in my decision,” Sofiane Feghouli said after penning his contract with the club.