Osimhen, Nwakali on target as Flying Eagles down Burundi 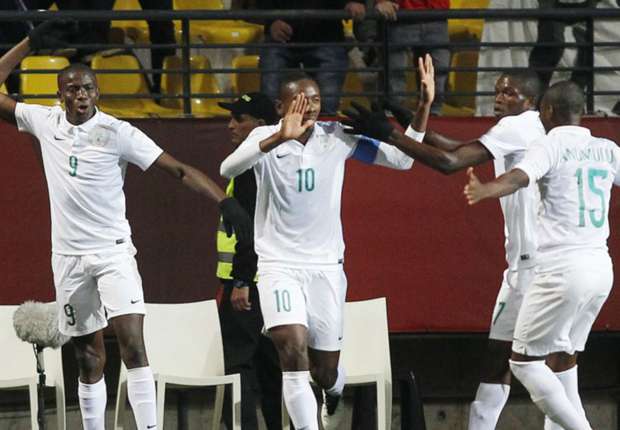 The Nigeria U-20 team, the Flying Eagles are through to the final round of the Africa Cup of Nations for U20s after they completed a double over their Burundian counterparts on Saturday at the U.J Esuene Stadium in Calabar.
The Flying Eagles recorded a 2-1 win to progress on a 3-1 aggregate having also won the first leg last term out in Bunjumbura.
While many thought it would be aneasier tie for Coach Emmanuel Amuneke’s side on Saturday, it was never to be as the visitors put up a resilient defensive display and only caved in the 70th minute when Victor Osimhen scored from the penalty spot.
The win for the Flying Eagles was literally sealed in the 80th minute when Captain of the Nigeria team Kelechi Nwakali curled in a beautiful free kick which increased the tally to 2-0.
Though Burundi pulled one back, it was inconsequential as the Flying Eagles marched on are now a game away from securing their berth at the tournament to be staged in Zambia