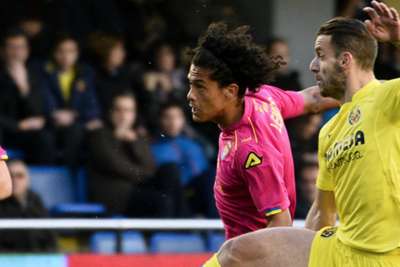 According to Las Palmas technical secretary Luis Helguera, Real Madrid have shown interest in the Uruguay international who made 10 league appearances for the Canary Islanders this season after arriving from Rubin Kazan on loan with the deal made permanent only recently after Las Palmas paid €2.5 million for his signature.

Barça have been following Lemos for a long time and has seen a bid rejected by Las Palmas for the player. Real Madrid have made things more complicated for the Catalans as they have joined the race to snap up the promising central defender.

“Real Madrid have asked us about Lemos,” Luis Helguera confirmed when speaking to Onda Cero.

“The reality is that a lot of clubs have [asked about him], but there’s a difference between asking and making an offer. Barcelona have made an offer, after that, Real Madrid, as well as other clubs, have asked about him.

“But, as I said, asking and making an offer are different things – they don’t have anything to do with each other.”

Reports has it that Lemos has a release clause of €30 million, Barça are willing to pay up to €12 million for the player which would be good business for Las Palmas any way it goes.