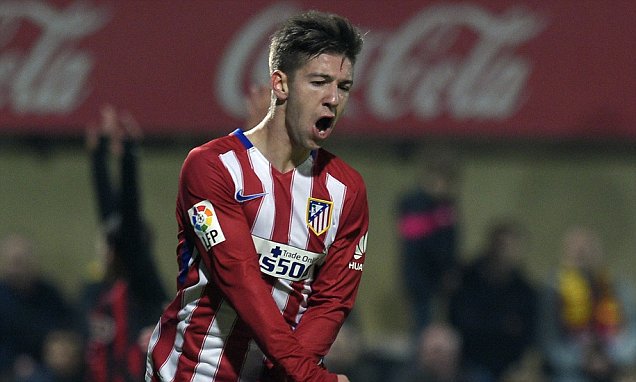 Rumours in Spain have suggested that Atletico Madrid youngster Luciano Vietto may leave the Vicente Calderon in the summer after having a disappointing campaign for Diego Simeone’s men.
The Argentine joined Atletico Madrid from Villarreal in the summer of 2015 but failed to secure a starting spot in Simeone’s side. Vietto took part in just 19 League games for Atletico Madrid this season scoring just one goal, far less impressive numbers to his previous season’s with Villarreal where he netted 12 times in 32 games.
The 22-year old who joined for a fee believed to be around €20 million missed out on a spot in the Argentina national team for the Copa America and his disappointing campaign played a huge role. Sources in Spain are now linking him with a move to Celta as the Galician team are looking to strengthen their squad this summer due to the fact that they play in Europe next season.
Madrid-based newspaper AS reports that Celta Coach Berizzo has instructed the board to sign at least five new names and Vietto is one of the main targets. AS also reports that Celta will be pushing for a permanent deal rather than a loan move. If Vietto joins Celta, he will be playing for the fourth Spanish club in as many seasons.