Junior: Our fighting spirit made the difference against Warri Wolves 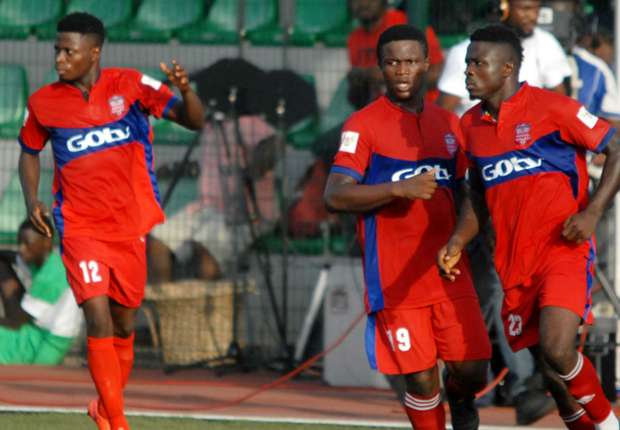 Ikorodu United earned a surprise victory on Nigerian Professional Football League match day18 , beating Warri Wolves 1-0 at the Agege Stadium in Lagos. The only goal of the day was scored by Fatai Oluwadayo via a free-kick in the 42nd minute.

According to Ikorodu United midfielder, Junior Merenini, the Oga Boys fighting spirit made them win the game.

“We [Ikorodu United] are all excited about our win,” Junior told soccernet.com.ng. “Our fighting spirit made all the difference… we will continue with this form and make sure we remain in the NPFL.”

Ikorodu United sits at the bottom of the the table with 13 points from 18 matches played. Second from behind is Giwa FC with 14 points from 17 games.

In other news, Giwa FC may face expulsion for not honouring their match against Enyimba. According to LMC rules any club that fail to honour three fixtures in a season risk expulsion from the competition. We await the LMC’s official decision to know how things would go for the club.