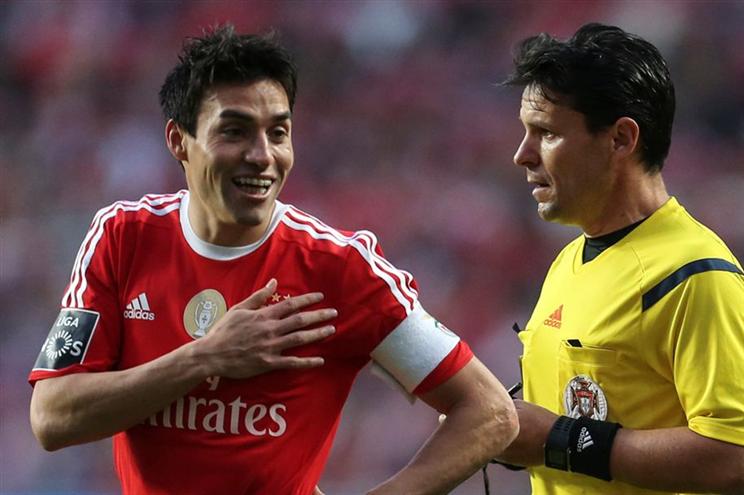 Benfica forward Nicolas Gaitan is close to joining Atletico Madrid after rumours around Spain suggest he’s played his last game for Benfica in their 6-2 Taca de Liga triumph over Maritimo on Friday, a game that saw the player break down in tears after being substituted, a clue that hints he might be leaving this summer.
Aside from the emotional clue, Gaitan also confirmed that he is ‘very close’ to leaving. “I’m close to leaving Benfica. To where? I can’t say, but it’s very close,” Gaitan confirmed in an interview after Benfica’s Taca de Liga win.
Atletico Madrid finished third in La Liga this season, coming very close to winning the title and they will want to compete for the next one and will look to improve their squad now that they have the chance to after their transfer ban was suspended.
It is said that Gaitan has already agreed a €25million move to Atletico Madrid in the summer. The 28-year old has been in Portugal with Benfica since 2010 where he has established himself as their key man, he will be Atletico Madrid’s first signing of the summer and it is likely to be announced soon.
Tags: Atletico MadridGaitanLa LigaTransfers
Share6Tweet4