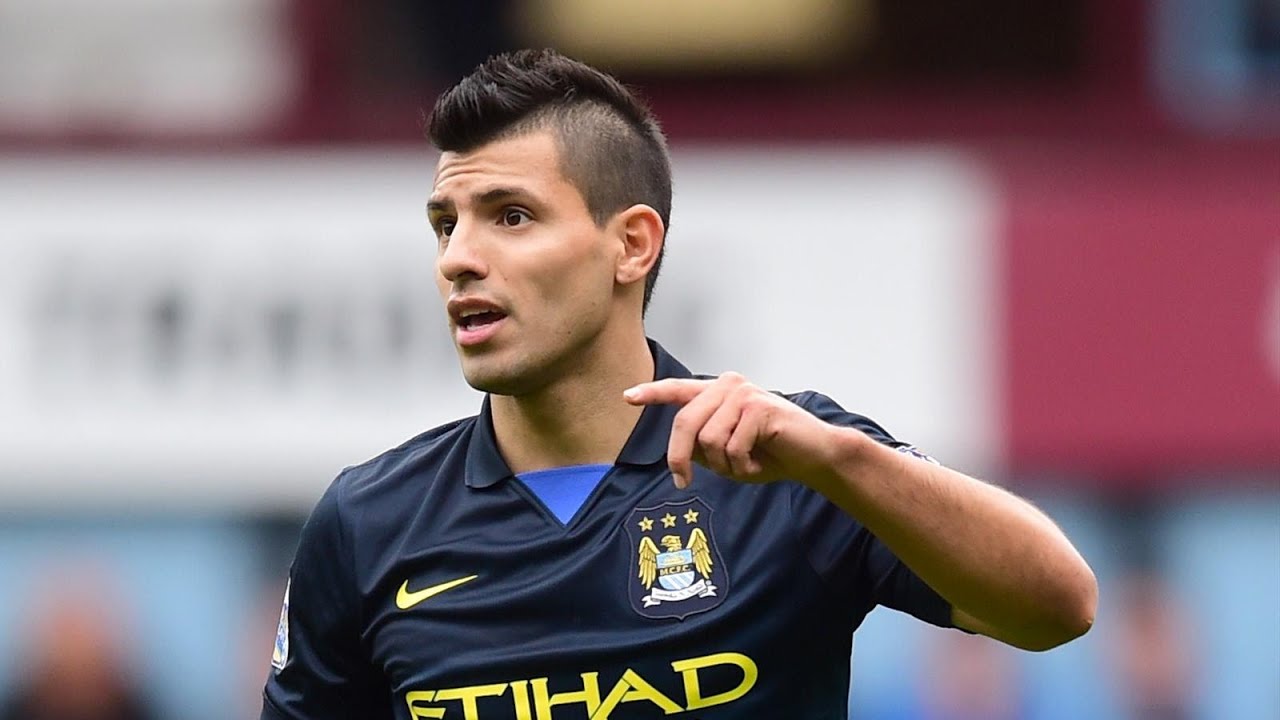 “I am sure he is the best striker of this league, it makes a difference when he is playing every game, every week. It is very strange that for many years he has played here he is not the best player in the league. I think here, in the Premier League, we have very good players but without doubt Sergio [Aguero] is one of the best.”

[post_ad]
These were the words of Manchester City’s coach Manuel Pellegrini after Sergio Aguero scored a wonderful hat-trick to help the Cityzens to a 3-0 win against Chelsea in the premier league this season. It was to everyone’s surprise that a player who’s netted 22 times this season despite having a lot of injury problems was not included in the PFA player of the year shortlist.
The English premier league is one of the best leagues in the world and has quality players, most especially strikers, there have been a host of top class number 9s that played in England and there are still so many still playing. Strikers like Jamie Vardy, Harry Kane, Daniel Sturridge, Diego Costa, Odion Ighalo have shown quality but it is clear that Sergio Aguero has no equal in the English premier league.
It may come as a surprise to know that Aguero in his 5 seasons in England has never featured in the PFA Team of the Year despite scoring 101 league goals during this period, the most by any player. This season, 2 strikers, Jamie Vardy and Harry Kane were shortlisted for the PFA player of the year, they both deserve a spot considering the roles they played to help their teams get to the position they are now, however, one might argue that Aguero deserves a spot, at least in the Team of the season because he is close if not better than both players statistically even if his season has been blighted by injuries.
Harry Kane is the current top scorer in the premier league with 24 goals, Aguero lies in second spot on 23 goals, one goal less despite playing 911 minutes less, 911, that’s more than 10 games. Jamie Vardy has 22 goals, 1 less than Aguero despite playing 771 minutes more, tells you the kind of player Aguero is, a very prolific striker. Among these three strikers, Aguero also has the most goals from outside the area with 5 while Vardy (2) and Kane (1) have 3 combined. It is also interesting to know that Aguero has scored the most headed goals too despite being the shortest amongst the three, he has five headed goals in the PL this season while Kane has 2 with Vardy only scoring one with his head.
Of course Vardy and Kane deserved their spots in the list, they’ve done tremendous things for their clubs, but Aguero hasn’t been far off, he’s been out of this world individually this season. He’s scored a hattrick vs Chelsea and even netted five times in a 6-1 comeback win against Newcastle, an achievement which he made in just 23 minutes, being the fastest player to score five goals in a game in the premier league’s history, he played just an hour in that game and was forced off through injury which means that he might have scored more had he ended the game.
Aguero is not just a goalscorer for Man City, he’s been of help for Pellegrini’s men in other aspect too. He’s created 24 chances and has assisted twice from a 4-5-1 formation. He’s one striker that can efficiently dribble, an attribute you rarely find in modern day strikers, he’s made 52 successful dribbles in the premier league this term, unreal for a striker given the fact that he’s played just 2182 minutes, he even has more successful dribbles this season than Real Madrid’s Cristiano Ronaldo despite playing almost 900 minutes less.
The fact that a player of Sergio Aguero’s quality has never been featured in the PFA team of the year is a thing that is worth thinking about. This is his 5th season in the PL, he’s scored 101 goals over this period and in his debut season helped Man City win their first top flight league title in 44 years. Indeed if there will ever be a list of ‘greatest players to have never featured in the PFA Team of the Year,” Kun Aguero should be top. One of the best strikers in Europe, Fantastic player, powerful striker, a clinical finisher and a top-class dribbler, there’s a big chance he’ll end the season as EPL top scorer with three games remaining but unfortunately, he won’t get anything for it. Sad.
[post_ad]