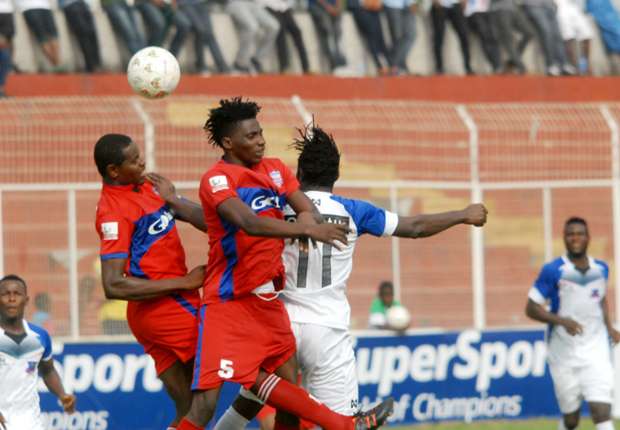 By Sunday evening, it was FC Ifeanyiubah, who hadgone top of the pile no thanks to the abandoned game involving leaders going into the match day, Rangers International.

Rangers International appeared to had edged close to amassing their first three points on the road, but their game away to Giwa FC in Jos was abandonedin the 74th minute. The Flying Antelopes took the lead through Godwin Aguda in the 26th minute. Aguda schemed past Giwa FC defenders, before rounding the goalkeeper, Olorunleke Ojo to score.

At the Confluence Stadium, Lokoja, Ismalia Gata’s double secured maximum points for Niger Tornadoes against visiting Ikorodu United. Gata struck first from the spot in the 7th minute, after Ikorodu’s Izu Chile handled the ball in the area. The forward completed his brace on the half hour mark.

Sunshine Stars, with a third manager after 12 match days, secured a massive 3-0 win over El-Kanemi Warriors at the Akure Township Stadium. Okiki Afolabi opened scoring in the 15th minute from a penalty. Isiaka Oladuntoye flicked in the second from a corner seven minutes into the second half, before Dayo Ojo completed the rout in added time of second half.

At the Yakubu Gowon Stadium, Port Harcourt, Bernard Ovoke’s goal proved the difference between Rivers United and visiting Kano Pillars, in a fiercely contested encounter. Omo Johnson reunited with his former teammates from the Garden City, but the home side had Rotimi Sunday to thank for producing a couple of breathtaking saves that denied the Kano side a positive result.

FC Ifeanyiubah scraped to a lone goal win at home to Warri Wolves. Substitute Maduabuchi Okereke got the winner in the 59th minute. Lobi Stars of Makurdi got the better of Uyo-based side, Akwa United in Makurdi. Nanen Barnabas Imenger struck in the 52nd minute after he got to the end of Tony Okpotu’s lofty pass.

Earlier on Friday, Mountain of Fire and Miracles Ministries FC (MFM) edged past Wikki Tourists 1-0,at the Agege Stadium, Lagos, to move temporarily top of the log. Stephen Odey got the goal in the 34th minute.

In the games played on Saturday, Nasarawa Unitedand Shooting Stars recorded (2-1) victories over Plateau United and Heartland FC respectively in Makurdi and Ibadan.