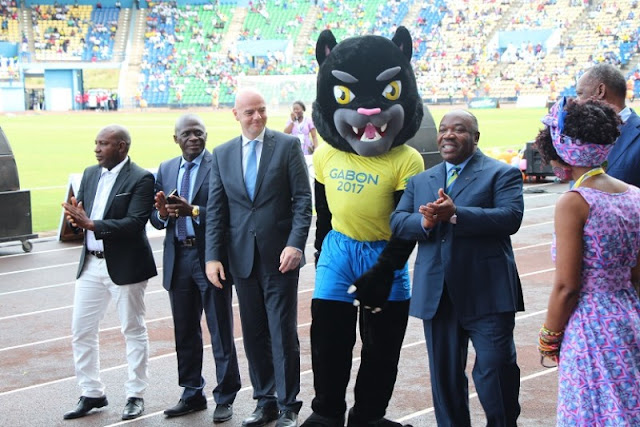 ‎
‎
President Ali Bongo Ondimba of Gabon today unveiled the 2017 African Cup of Nations (AFCON) Mascot, a black panther named Samba.‎
The black panther is a national symbol of Gabon and demonstrates the Central African nation’s long term commitment to environmental protection, which includes creating a sanctuary for the some of the world’s most fragile species. The Mascot is sporting the blue and yellow colours of Gabon and its name, Samba, means hello and welcome in local Bantu language.‎
The ceremony, held in Franceville in Gabon, was attended by newly-elected FIFA President Gianni Infantino, CAF President Issa Hayatou and Gabon’s football federation officials.‎
Addressing an ecstatic crowd, moments after the reveal, President Ali Bongo Ondimba said “I am thrilled today to see the Black Panthers play in this packed stadium where Gabonese from all walks of life are gathered to share their common passion for the game. Football, like no other sport, creates a sense of unity, equality and inclusion. All of these are at the heart of my vision for a changing Gabon. It is a pleasure to welcome the new President of FIFA, on his first trip to Africa, to see for himself the great welcome our country will give all participants and visitors to next year’s tournament.” 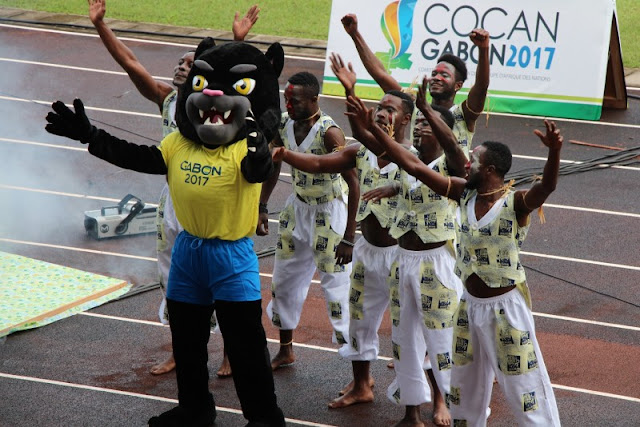 ‎
Gianni Infantino arrived on Friday in Franceville on the last leg of a three-day Africa trip that took him to South Sudan, Ethiopia and Djibouti.‎
The group I match between Sierra Leone’s Lone Stars to Gabon’s Panther is a friendly and points will not count for the upcoming AFCON 2017.‎
Gabon will be hosting the continental tournament for the second time, having previously co-organised the competition with Equatorial Guinea in 2012.‎
The Central African country is currently constructing two stadiums in Port-Gentil and the northern town of Oyem for January’s tournament, with the capacity of 20,000 and 20,500 respectively.‎
Gabon will use four venues for the 16-team tournament, which will take place from 14 January to February 5, 2017 – these will be in Libreville, Franceville, Port Gentil and Oyem. ‎
‎
[post_ad]‎‎