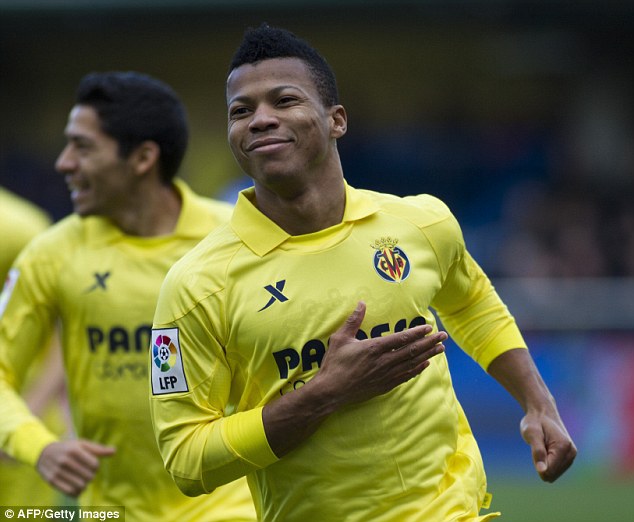 His move was confirmed by the Spanish club via their website on Monday night after his transfer was sealed just before the transfer deadline. A statement from Malaga’s website said: “Ikechukwu Uche, until now in the ranks of Mexico’s Tigres UNAL, joins on loan at Malaga CF until next June 30‎.”

“Uche has speed, power, dribbling, goals and an extensive professional experience. He can play as a striker, second striker or on the right. Between 2002 and 2015 he has played in several Spanish teams halfway between first and second division, scoring a hundred goals before his departure to Mexico Tigers.” it further read.

This was also confirmed by Uche, who tweeted as follows: “With eagerness and enthusiasm….hello Malaga.” The 32-year-old striker is no stranger to Spanish football just like Malaga said having played for clubs like Racing de Ferrol, Recreativo Huelva, ‎Getafe, Real Zaragoza, Granada and Villareal.