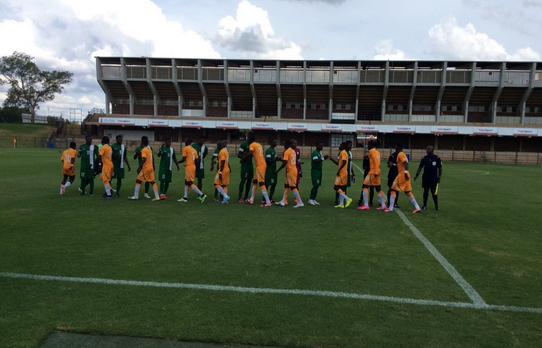 By: Obiweluozo Martins
As the CHAN competition in Rwanda gets underway, Nigeria coach Sunday Oliseh have named a 23man squad for the Championship.
There is no place for star boy Gbolaham Salami and Warri Wolves star Oghenekaro Etebo who shone like a star in the U-23 CAF Championship last year as he is reportedly moving to Europe to pitch his tent with a Portuguese Club.

The youngest player Ifeanyi Matthew18+ years would star in Midfield while experienced old guard Ikechukwu Ibenegbu Bartholomew known as “Mosquito” is the oldest player in the Squad at 29+years.The Home Eagles would take on Niger Republic, Tunisia and Guinea in the group stages of the tournament.

On this Note SoccerNet Nigeria evaluates the complete profile of the current CHAN 2016 Home Eagles led by Skipper Chima Akas.