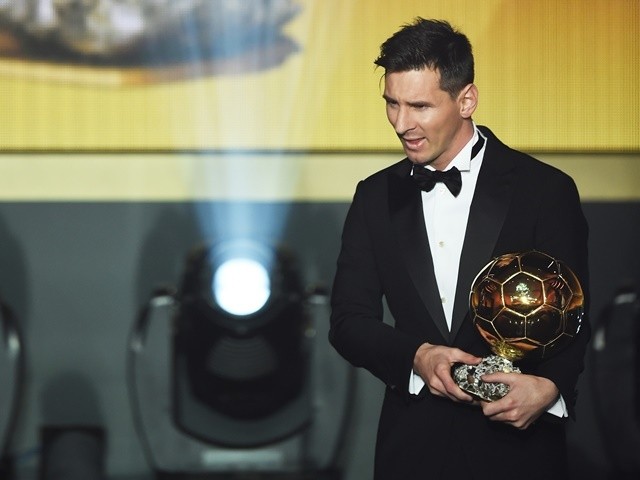 Messi, 28, had finished behind long-time rival, Cristiano Ronaldo, in both 2013 and 2014, but was a clear winner of FIFA’s top individual honour for a fifth time in his career.

After a year in which Barca won five trophies, including the Champions League and La Liga title, the Blaugrana No. 10 had been an overwhelming favourite to take the prize.

Neither Luis Enrique nor Guardiola attended the event.
The FIFA Women’s World Player of the Year went to Carli Lloyd of the US womens’ team over Japan midfielder, Aya Miyama, and recently retired Germany striker, Celia Sasic.

The women’s Coach of the Year award was won by United States national coach Jill Ellis.

The ceremony, at the Kongresshaus in Zurich, was hosted by TV presenter, Kate Abdo, and Northern Irish actor, James Nesbitt.

Voting for the Ballon d’Or award is by men’s national team captains and head coaches, along with international media representatives selected by France Football magazine, while the Puskas Award is chosen by the public online.