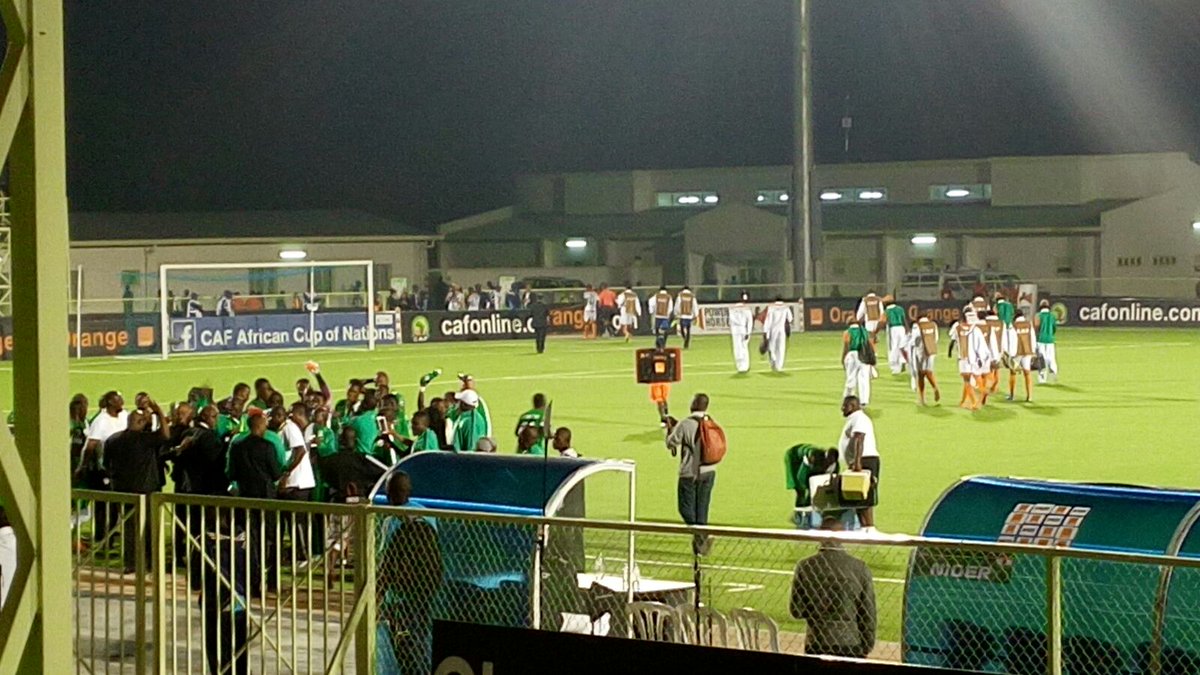 Super sub, Chisom Chichatara, hit a hat trick as the Home-Eagles began their campaign at the ongoing Championship for African Nations on a bright note.

The Sunday Oliseh lads thrashed the Menas of Niger by 4-1 at Stade de Kigali on Monday.

Prince Aggre had the Eagles first chance less than one minute into the game but his low shot was gathered by Alzouma Inoussa in goal for Niger.

Osas Okoro opened the scoring inside 30 seconds of the restart off an assist from Tunde Adeniji.

In the 52nd minute, Niger made two changes, Adje Adebayor went in for Seyni Imarana, whike Issiakou Koudize went off for Moussa Ibrahim.

The Eagles made their second change following the introduction of Chisom Chikatara for Adeniji on 58 minutes.

Chikatara doubled the Eagles lead on 74 minutes after taking the ball on his chest before unleashing a right-foot shot which flew pass Niger keeper.

Adebayor halved the deficit on 80 minutes after he let fly a left-foot strike.

But Chikatara restored the Eagles two-goal lead in the 82nd minute.

Chikatara had three good chances to have extended the Eagles lead but squandered them all.

He later made up for his misses by slotting home the fourth goal in the 93rd minute.

The Eagles go top of Group C and will take on Tunisia on Friday.