by SoccerNet Editor
in News
0
By: Obiweluozo Martins

The 2016 African Nations Championship (CHAN 2016) is underway and with the league on Holiday every player and all eyes and attention is directed towards on the CHAN competition which would holds in Rwanda as the Super Eagles team have been pitched against Niger Republic, Tunisia and Guinea.

The squad is loaded with quality inclusion and the Home Eagles are expected to fly high above every opposition in Kigali, Rwanda. There are some player who have had a promising spell down the years and would be under view during the competition. These players are the backbone of the team and must able set a tone for a good finish in the tournament.

SoccerNet Nigeria takes a look at five Nigerian players to watch at the ongoing CHAN 2016. 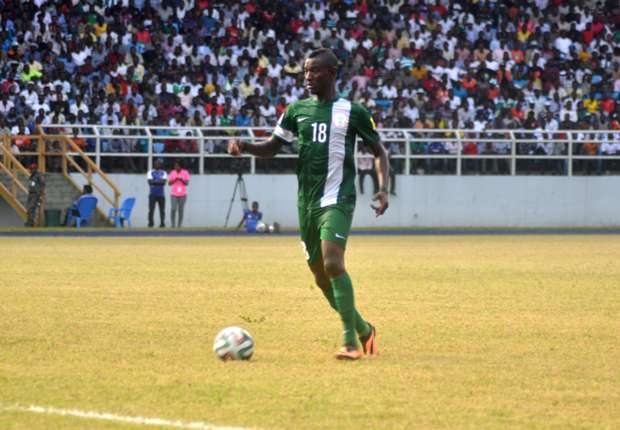 The Sunshine Stars midfielder who had a good season in the NPL (Nigerian Premier League) is a key member of the squad and Oliseh reliable as he was handed the Number 10 shirt on the announcement of squad jersey. He will be expect to lead the pack in the midfield and ensure that Nigeria’s midfield is not found wanting. The midfielder have the enough exposure after he was part of the main team where he was chosen ahead of Chelsea midfielder John Obi Mikel in the return leg against Swaziland in Port Harcourt. He was commanding in midfield alongside the ever present and youthful Ogenyi Onazi and he is expected rise up to the occasion once again. He must control the game from the onset and perform at least as John Obi Mikel who will controlled Chelsea midfield against Everton over the weekend. The Eagles midfield status will largely lie on how he performs in the tournament and of course he has the ability to deliver.

The youngest player in the squad at 18 will be on the sport light once again after injury have had a toil on his performance at major tournament. But CHAN 2016 in Rwanda offers the young attacking midfielder an opportunity to take center stage once again. He steered for the Manu Garba Magnificent Golden Eaglets at the African U-17 Championship in Morocco and scored a scorcher against Congo in the 7-0 wipe wash in the encounter but unfortunately he failed to make the squad for the U-17 World cup due to injury. Here returned in the under-20 African championship last year and scored a beauty of a goal against Senegal in the 3-1 win in the opening match and formed a superb combo with Obinna Nwobo and Ifeanyi Ifeanyi in midfield as Eagles triumph without the class of Iheanacho as he(Ifeanyi Matthew)was up to the challenge, though injury limited his appearance at the U-20 World Cup as Kingsley Sokari took his place but after a man of the match showing against Ivory Coast in the recent friendly expect Ifeanyi Matthew to pull up a string of fine performance in the tournament.

The attacking midfielder referred to as the “Rough Diamond” would be in action once again after a memorable CAF U-23 championship in Dakar, Senegal. He was ever present in Nigeria games as he formed a pair with Azubuike Okechukwu in the Championship. Without Okechukwu in the Squad Usman Mohammed must form a new midfield partnership which can become the engine room of the Home Eagles in Kigali, Rwanda. The Taraba FC midfield must unravel chances from the middle of the park as the Nigeria is expected to be smoking from midfield. The midfield player is not bereft of talent as he got a great awareness and ability to evade his marker and release attackers as he proved in the main Super Eagles where he was a delight to watch alongside the outstanding Rabiu Ibrahim. CHAN offers him another opportunity to showcase his talent and help guide the Home Eagles to a successful tournament. 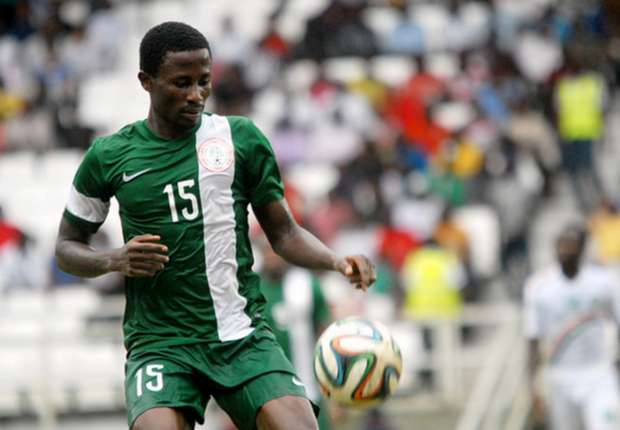 The left back will lead the team in Kigali and must be willing to lead by example on the pitch. He had already had a run-in at left back where he proved a tough competitor for experienced left back Uwa Echiejile. A good performance will be expected of him at the left back position. Akas overlapping runs will be efficient for his team going forward down the left but as well he will be expected to marshal the back four. He must establish a good relationship between the left winger as Eagles move towards the final third and as well be alert to halt instant danger when counter attacks come calling. A decent left back in all ramification but as the saying goes it is always easier said than done. Chima Akas have the ability to spur on his team mate in Kigali and would be on the spot light when the Eagles takes to the field against Niger Republic in the opening game.

The Abia Warrior forward already got people talking, scoring hat-trick against Niger in Nigeria’s openeing match.He is hot prospect to watch in CHAN 2016 tournament. He enjoyed a rich rein of form for Abia warrior last season where he scored 15 goals just 2 goals behind goal king Gbolaham Salami in the Nigerian Premier League in 2014/2015 season with 17 goals. A top striker by his standard will be out to trouble defence with his pace and tricky and possibly continue to bang in goals against the Eagles opposition. The young starlet who is known as the “Kolanut Boy” will be eager to make a name for himself and all eye must watch out for this outstanding player.
However, through his exploit on the pitch for Abia warriors, a club he joined as a seventeen year old, he became famous among club supporters as he was credited for his dribbling kills, outstanding speed, athleticism and striking power. The quick, diminutive, and agile right-footed striker would be hoping to show what he can do when the Home Eagles take on their group rival as they file out on the pitch.