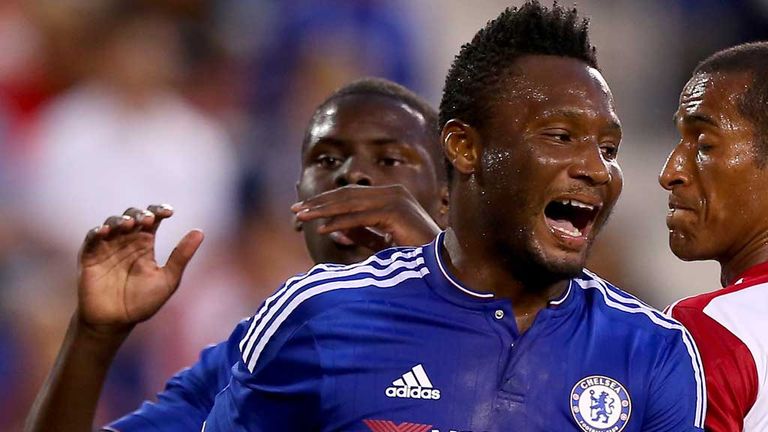 John Obi Mikel‘s recent renaissance at Chelsea has caught the eye of no less than Arsene Wenger, with the Arsenal manager understood to be considering a move for the Nigerian midfielder.

Inspired by the success of the deal for Petr Cech, when Wenger went against his typical habits and recruited an experienced, high-profile player from a fellow Premier League side, the French manager is understood to be considering a move for the Nigerian.

According to our sources, the French coach is now considering a move for Mikel, and has begun to view the Super Eagles star as the answer to his midfield problems.

Wenger has considered moves for the likes of Mohamed Elneny, Victor Wanyama and Oguzhan Ozyakup, but recognises that Mikel brings elite title-winning experience that the others cannot offer.

The Nigerian has regularly been tipped for the exit door at Stamford Bridge in recent seasons, but has caught Wenger’s eye following a recent renaissance under interim coach, Guus Hiddink, with the Dutch manager installing Mikel at the heart of his team to great effect.

Caught Offside have learned that Chelsea would be willing to cash in on the player for a bid of £12 million and that Wenger is weighing up a late transfer raid on his capital rivals.