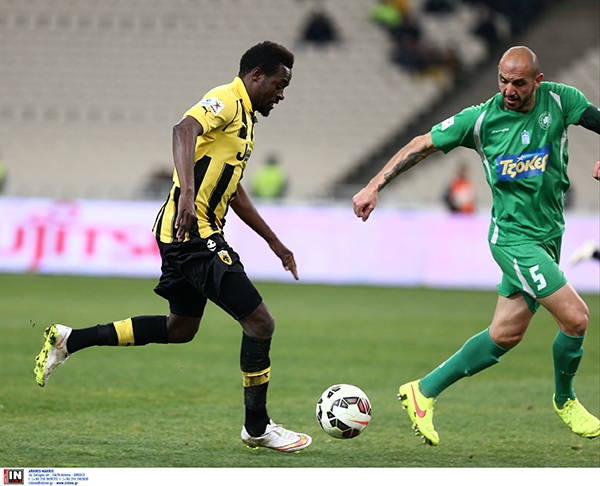 Another career blow is heading towards Korea 2007 FIFA U-17 World Cup top scorer, Macauley Chrisantus, as reports indicate that he is on the verge of a sack at his club, AEK Athens of Greece.

In what is set to be another setback in a chain of woes that erupted during his previous spells in Germany and Spain, the former FC Abuja striker is set to part company with the Greek Super League club in the January transfer window.

A report by gazzetta.gr reveals that AEK manager, Gus Poyet is unhappy with the striker’s behaviour and his lack of form since the start of the season, hence a charge to Chrisantus to find a new team in the winter
transfer market.

The 25-year-old’s contract with the capital side is due to run out in the summer of 2018 but he has already been declared surplus to requirements and was left out of the squad that thrashed Larisa 5 – 0 in the Greek Cup on Thursday.