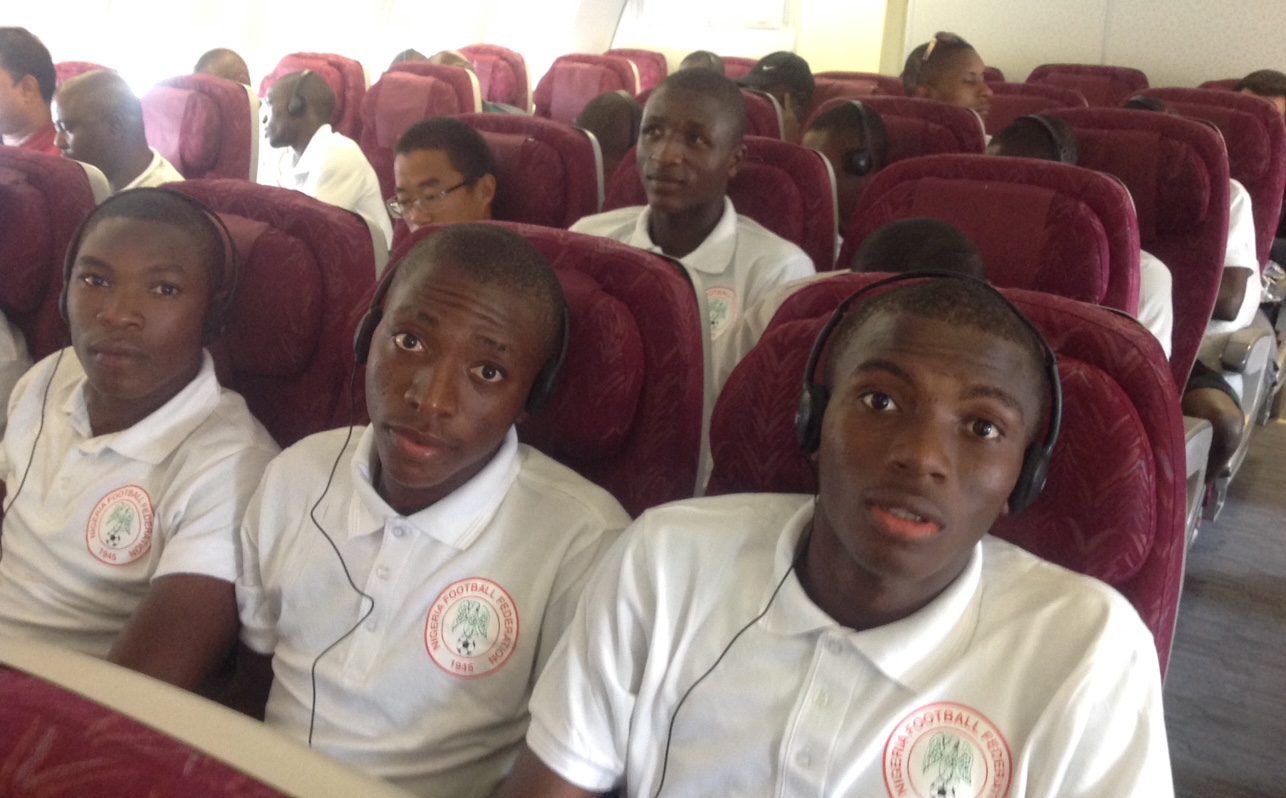 Nigeria’s U-17 team, Golden Eaglets rounded off their tour of Argentina on Monday with a convincing 3-1 win over the U-20 side of Racing Club of Buenos Aires.

The Coach Amuneke-led Eaglets will on Tuesday depart for Santiago for the FIFAU-17 World Cup to be held in Chile between October 17 and November 8. Victor Osimhen grabbed a brace in the 12th and 56th minute Samuel Chukwueze added a third for the Eaglets. Gutiares scored for Racing in the highly entertaining match.

Amuneke described the impressive performance of Eaglets as very encouraging, adding that the pre-World Cup camping in Buenos Aires has added value to the team’s preparation ahead of Chile 2015.

“The most important thing is to see the players grow from strength to strength and I’m particularly pleased with their performance against Racing today,” Amuneke told thenff.com; “We are impressed because the Eaglets were able to implement all what we have been teaching them since
we started.”

He was also of the view that winning their two-match friendly against the Argentine U-17 (2-1) and U-20 side of Racing Club (3-1) has positively boosted the morale before their departure to Chile. He said further: “We are not getting carried away despite winning our two matches here but we are happy we have achieved part of our objectives of coming to Argentina but we are grateful for the opportunity to be here for our preparation; we have been struggling to adjust to the cold weather since it is colder in Chile.

“The World Cup is a different ball game because all the 24 teams have the chance to win but we are going to Chile with the objective of defending the trophy and we are looking forward to a good tournament.”

Meanwhile, a squad of 21 players and 10 officials including NFF Assistant Director (Technical), Siji Lagunju will on Tuesday evening head to Santiago for the defense of the FIFA U-17 World Cup won for a record fourth time by Nigeria two years ago in the UAE. The Golden Eaglets have been drawn against USA, Croatia and hosts, Chile in Group A.
[post_ad]
For the latest football news, follow us on Twitter and like our Facebook page.