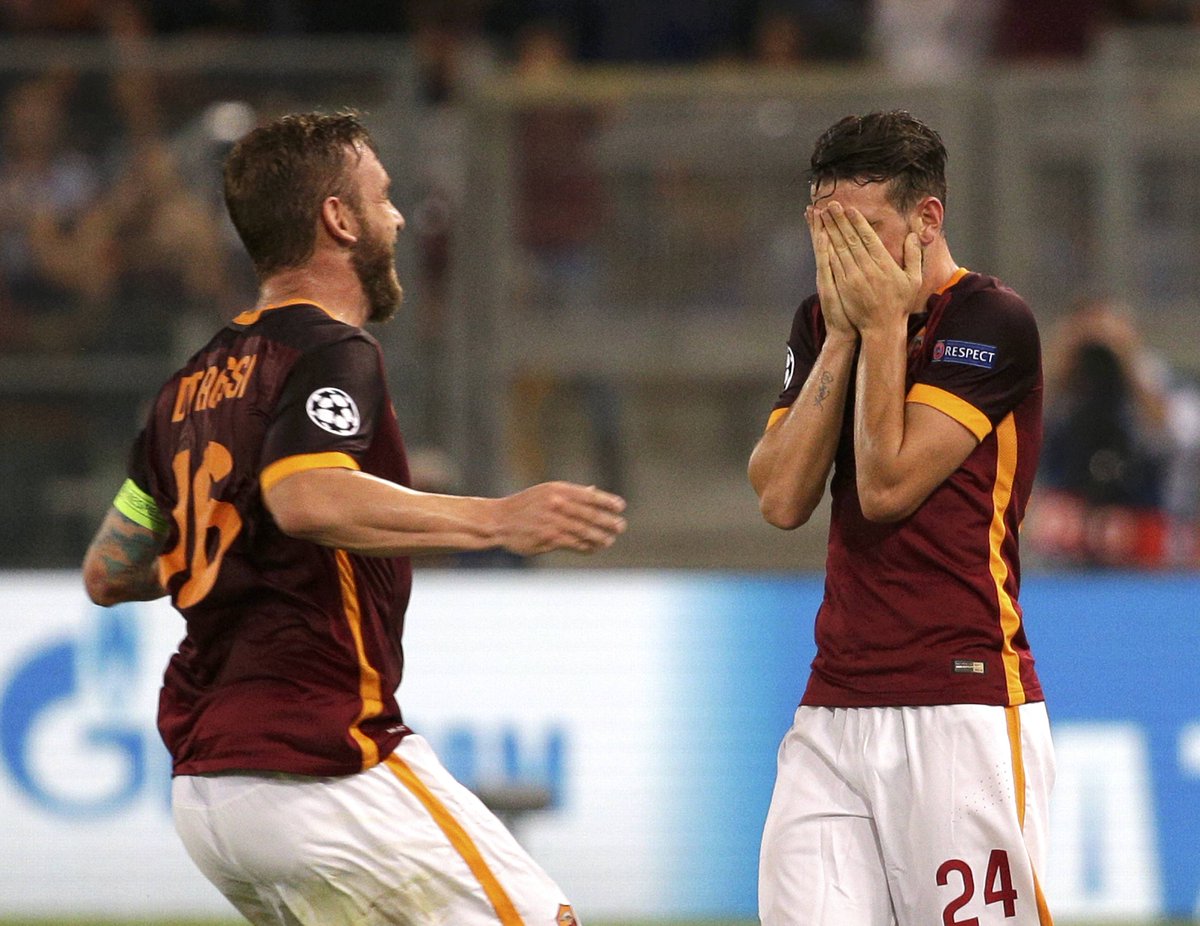 FC Barcelona couldn’t get their 2015/2016 UEFA Champions League off a winning start as Rudi Garcia’s determined AS Roma team fought to the end to draw against the champions 1-1.

Florenzi’s goal stole the show after the player scored from the centre of the pitch, cancelling out a Suarez headed goal that gave the Catalans the lead in the first half.

AS Roma started the game on a high tempo with Barcelona duly coping well with the pressure and the game was calm after 15 minutes. It didn’t take time for the Catalans to strike the first blow as they took the lead through striker Luis Suarez.

Ivan Rakitic collected a pass on the right wing and was given too much time and space to make a deep cross to the far post that Suarez nodded home to give Barça the lead on 21 minutes, though the Croatian’s cross needed a slight deflection off a Roma defender to reach its intended target and the home side were protesting that Lionel Messi had fouled Lucas Digne in the build up to the goal.

It was Barcelona turn to complain moments later as they thought they should have had a penalty after Roma’s goalkeeper Wojceich Szczensny appeared to have clipped Luis Suarez in the box, but referee Bjorn Kuipers failed to point to the spot, giving Roma a goalkick instead.

Ten minutes after Suarez’ goal, the Stadio Olimpico went into total uproar after Alessandro Florenzi scored a spectacular equaliser for the home side. The player collected the ball in midfield and spotted Marc Andre ter Stegen was off his line before lobbing the ball over the german goalkeeper from 50-yards out.

The first half ended 1-1 and Szczesny was forced into action early in the second as he stretched himself to deny Lionel Messi a goal in his 100th UCL appearance but that would be the goalkeeper’s last action of the game after he hurt his arm in a collision with Suarez in the box and was substituted for De Sanctis.

Barcelona were then dealt an injury blow as substitute Rafinha Alcantara was forced off with a stretcher after he got an injury barely just a minute after he replaced Ivan Rakitic.

Jordi Alba had the final real chance of the game after he received a fine diagonal pass from Messi on the left in stoppage time, but the player’s shot was cleared of the line by Torosidis as Roma got a hard-fought one point.